A new law has clamped down on the use of the chemical QAC in surface sanitisers. Cleaning Matters columnist Seán Derrig explains why this could have huge implications for food safety and lead to a rise in foodborne illnesses 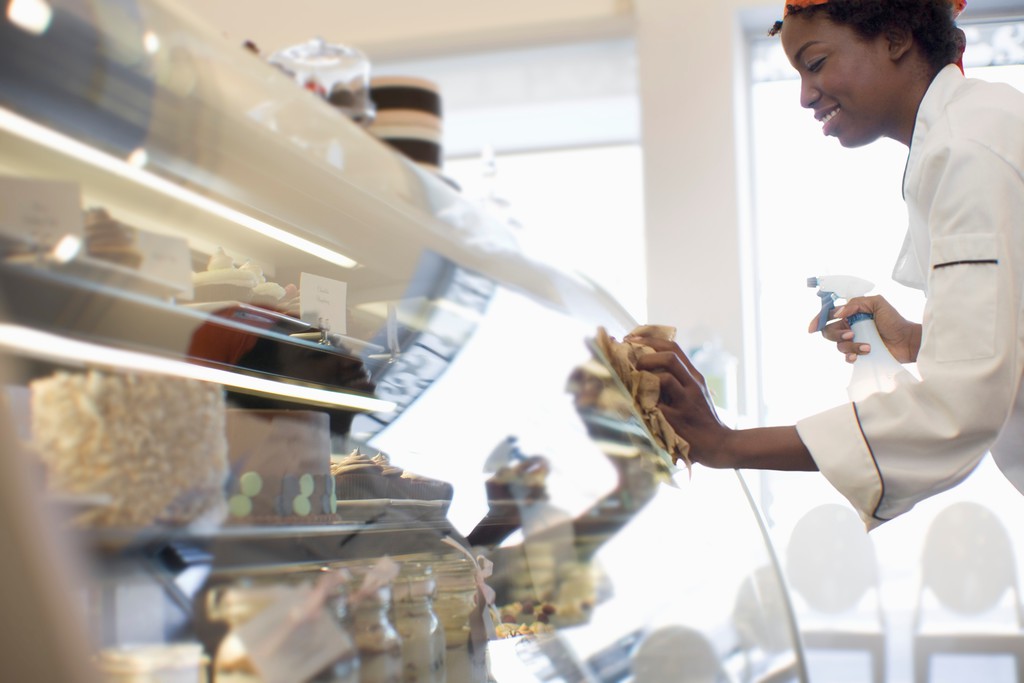 Most would agree that pesticides finding their way into the food chain is a Bad Thing and so policing the strict EU limits on pesticide residues is a legitimate use of the public purse. Indeed a recent survey found that 53% of people who buy organic food do so to avoid pesticides and other chemical residues (in fact the data show organic food is slathered in pesticides but that inconvenient truth is for another time).

But a recent change in the law regarding pesticide residues is causing great disquiet in the food industry. In August the advisory limit for quaternary ammonium compounds (commonly called QACs or ‘quats’) was reduced dramatically and made obligatory. "So what?" I hear you cry. Because what is superficially a bit of legislative housekeeping in Brussels has far-reaching implications for food safety and may, in fact, render many foods far more risky to eat.

The deal with QACs

QACs are a very common ingredient in all sorts of hygiene products, particularly those used for surface sanitising in food and healthcare. They are safe, kill a very broad spectrum of germs, have detergent properties too and play nicely with most other ingredients in cleaner / sanitiser formulations. What’s not to like?

The issue comes about because QACs were used in the past within the EU as pesticides (to prevent grains from spoiling, for example). This historic dual use means the pesticides regulations apply, hence this limit to stop QACs getting into the food chain – despite studies showing they do not present any risk to human health.

The first problem is the limit set is so low that preparing food on a surface that’s been sprayed with a QAC may well put that food over the limit. Even if you wipe it off, depending on the type of food and type of QAC it still might still fail.

So why not just wash it off, then? This approach may well suffice in a café or restaurant (if they can be bothered) but is very problematic in food factories where QACs are largely not rinsed off food contact surfaces for some very important reasons. For a start QACs have a slight positive charge and so ‘plate out’ on a food prep surface providing a degree of protection against subsequent cross-contamination by pathogenic or spoilage bugs.

More importantly, in food production water is the enemy – absence of water is a critical Listeria control. Forget that we all ingest a kilo of E. coli from tap water alone each year, Listeria is responsible for more UK food poisoning deaths than any other foodborne bug. Listeriosis has a high hospitalisation and mortality rate – it kills several hundred each year (principally the elderly) and its incidence is rising. Its preferred vehicle is ready-to-eat food and ready meals and a major reason it is so problematic is Listeria still grows at fridge temperatures.

Let us grant the Belgian Empire that QACs directly applied to foodstuffs should be limited – despite any evidence to support that position. Let us further grant them that the precautionary principle should apply and that limit should be low. But such a draconian change, indiscriminately applied due to a purely theoretical risk substantially increases a very real risk from listeriosis and enterohaemorrhagic coliforms.

The HSE is already sending warning letters to businesses and somewhat ironically mention "the importance of QACs to food hygiene" and that "food safety legislation is in place from farm-to-fork to ensure that consumers are provided with food that is safe to eat" then helpfully point out that’s the Food Standards Agency’s problem, not theirs.