One in four office workers admit to not washing their hands every time they visit the washroom putting colleagues’ hygiene at risk as winter flu season looms. 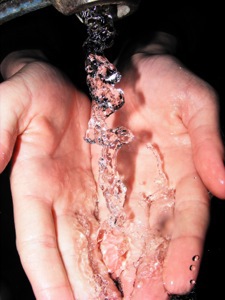 Initial Washroom Hygiene has revealed that office workers are likely to spend an incredible 41 hours in the company washroom each year, the equivalent of more than one whole week at work. The findings from an independent global study of 6,000 office workers into their hygiene habits and workplace hygiene, which was commissioned by Initial, also indicates that men are more likely to spend longer in the washroom than their female counterparts – equating to almost an extra four hours each year.

Further findings revealed that almost one in 10 (9.8%) of office workers admit to using their mobile to surf the internet and use Twitter while in the washroom, and nearly one in 20 (4.6%) admitted they will read a work document in the washroom, increasing the chance of germs and bacteria spreading across the workforce.

Worryingly, over a quarter (27%) of UK employees admit to not washing their hands every time they visit the washroom, ignoring the danger of passing on germs and viruses through handshakes or the surfaces they touch.

Commenting on the findings, Dr Peter Barratt, technical director, Initial Hygiene said: "It may sound like a terrible pun but businesses and employees alike can’t just wash their hands of the issue. As the flu and Norovirus season looms on the horizon, we all need to take more responsibility to improve our hand hygiene. Employers need to ensure the right facilities are available as well as providing plenty of soap, sanitising gels and hand drying equipment. It’s a small investment, but as the research shows, improved hygiene in the office can have a big impact on levels of job satisfaction, which in turn helps businesses to succeed.”

Despite spending significant amounts of time in the washroom, 40% of UK office workers rated their office washrooms as only average or below average. Well over a third (39%) believes their job satisfaction would be improved with better office hygiene. Many employees are also willing to play their part with 43% believing there is a collective responsibility of all employees to maintain better office hygiene.