Metsa Tissue has helped an NHS trust with sustainability, lowering costs and cutting waste in its washrooms 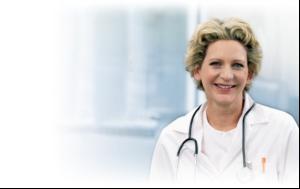 Metsa Tissue has helped an NHS trust with sustainability, lowering costs and cutting waste in its washrooms

With a carbon footprint of 18 million tonnes CO2 per year and despite an increase in efficiency, the NHS has increased its carbon footprint by 40% since 1990. With the Government's climate change objectives within the Climate Change Act, the two main targets are: A minimum reduction of 34% in carbon emissions by 2020 across the UK.

'It is incumbent on all of us to support these goals, and reducing the amount of product we use is key to this,' says John Smith, portering and domestic services manager for the The James Paget University Hospital NHS Trust (Norfolk and Suffolk). 'However, this is just one of many demands placed on all products in a hospital environment. Washroom products also need to cope with very high footfall, be very strong, provide good absorbency, deliver cost in use, and still be pleasant to use.' Labour costs are also a significant proportion of the hospital's domestic services budget. In the past, to provide sufficient products to last between cleaning visits, Smith's team has used high volume products (including bulk pack and c-fold towels), which looked cheap on paper.

However, Smith found that cleaning staff were always commenting about the high volume (clumps) of towels in the bins, and the amount of bulk pack product dropped on the floor at the end of the day.

Smith's portering and domestic services function also works very closely with the infection control team to ensure that they are doing all they can to minimise the risk of spreading bacteria. 'Because c-fold towels do not self-present, users have to reach into the dispensers and the full surface area of the towel is never used and so users take large chunks of towel at a time,' explains Smith. 'Bulk pack also has dispensing issues, with people touching the dispensers and dropping product all over the floor ? unhygienic and messy.' As a foundation trust, Smith has some freedom of choice in where he purchases product. Best value is what drives his decisions. He had previously bought a small amount of product from Smith & Coburn.

'Smith & Coburn mentioned Katrin System products (from Mets? Tissue). Because of the significant waste and the infection issues, I needed to find an alternative solution so, with Smith & Coburn's flexible Katrin approach, I decided to give the Katrin System Toilet 800 a test.

'We had also used a green c-fold towel for many years. They were a bit "rough" but drying wise did the job. However, the infection control team was also worried about bacteria spread by touching the hand towel dispensers, and the wastage was very obvious.' Smith & Coburn also recommended implementing some self presenting, non-stop Katrin hand towels. 'It was important to me that the towels were not white ? we have found that white towels are misused (taken as napkins for example) to a far greater extent than a coloured one ? so my usage figures went through the roof every time I tried a white towel. So we agreed to trial the Blue Katrin product.'

Test by trial The Katrin product trials started in the public washrooms, and were very successful. The products are now being installed in wards, clinical areas, the main entrance areas and departments. The hospital is currently using 2000 Katrin hand towel dispensers and 350 Katrin System toilet roll dispensers, and the roll out is still ongoing.

'In all honesty, I was amazed by the results,' says Smith. 'We stocked up for the trials using the same stock calculation methodologies that we had always used, and then found that we barely used 50% of what we had been using before.

'I believe that this is down to two things: greatly reduced waste and visitors using less tissue. And it's not just the cost savings, although that has proven to be significant. The infection control team believes that they are much more hygienic; the high capacity reduces the amount of labour required and the lockable systems make them much more secure especially in the public areas.' Glen Smith, director at Smith & Coburn says: 'Like many in the industry, John had been using traditional bulk pack and c-fold products because they have been staple stock for many years. No one had taken the time to actually demonstrate how newer products could help him with hygiene and wastage issues.' 'Katrin Systems and products have helped him to underpin the hospital's environmental and economic goals, as well as improve hygiene. Together, Smith & Coburn and the Katrin team have helped him to install the dispensers across the hospital estate to ensure maximum success.' Mark Dewick, sales director, Mets? Tissue UK & Ireland says, 'Demonstrating return on investment is fundamental in any purchasing decision, but Mets? Tissue also understands that hygiene is absolutely essential in the healthcare arena. We were confident that Katrin could deliver against both these requirements and were very happy to support John in testing this under hospital conditions.' Smith concludes: 'It is great to find suppliers that we can rely on to help us make a step change in our approach. It was important that both domestic services and the infection control team were absolutely satisfied with the new products, and I am glad to say that this objective was completely achieved.'
MORE FROM THIS COMPANY