Cardiff company is leading the fight against antimicrobial resistance

At the World Economic Forum in Switzerland this January, health Secretary Matt Hancock issued the stark warning that our growing resistance to antibiotics could prove as big a danger to humanity as climate change or warfare. 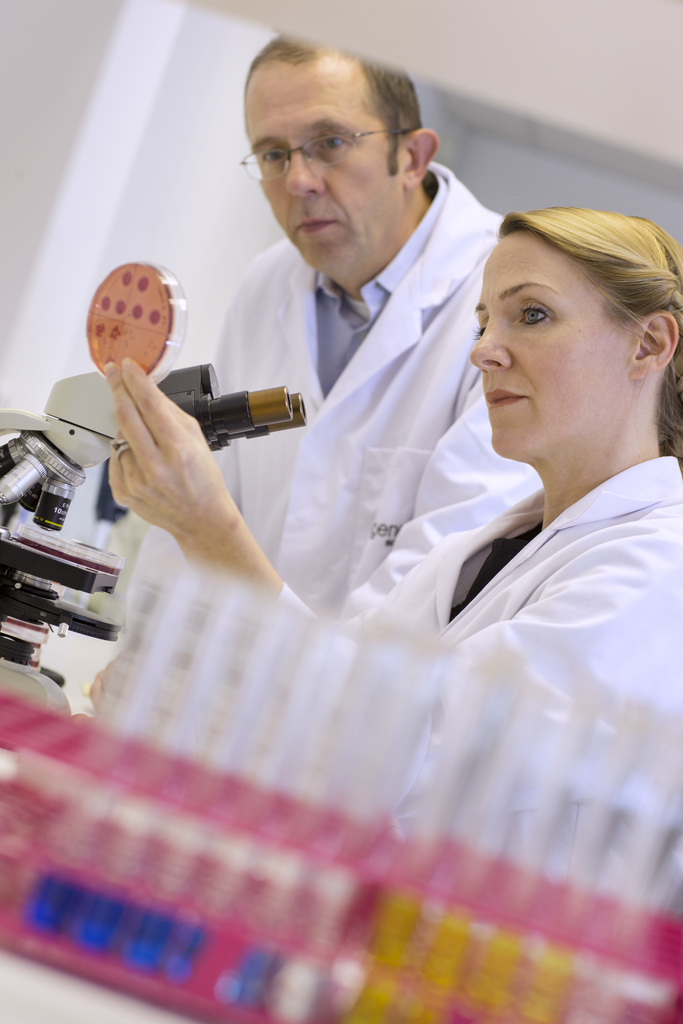 This bleak proclamation followed the World Health Organization’s announcement last year that superbugs— drug-resistant bacteria and pathogens—pose one of the most dangerous and imminent threats to human health across the world. So, what is causing our increasing resistance to antibiotics, what’s behind these so-called superbugs and, most importantly, how can we prevent these startling forewarnings becoming reality?

Genesis Biosciences is a global leader in researching and developing natural, Eco-benign technology to address world-wide waste degradation and cleaning challenges. Emma Saunders, general manager at Genesis Biosciences, said: “The definition of a biocidal product according to the BPR (Regulation (EU) No. 528/2012, BPR) is any substance or mixture with the intention of preventing the action of, or otherwise exerting a controlling effect on, any harmful organism.  A product ‘which intends to destroy, render harmless, prevent the action of, or otherwise exert a controlling effect on any harmful organism by chemical or biological means.’ They are used in a multitude of traditional everyday items including medicine, cosmetics and cleaning products.

“While the bacterial resistance to antibiotics is widely documented and these compounds are scrupulously monitored before being approved and released on the market, there is growing evidence to show that bacteria are becoming resistant to biocides in common chemical cleaners – an industry with less supervision. Harsh disinfectants, if not used correctly, can leave low level biocide residues on surfaces, which after continued use can encourage the emergence of biocide resistant strains of bacteria, which could compromise their in-use effectiveness.

Even more worrisome is the evidence that biocide use may also be a contributory factor in the development of antibiotic resistance. A 2012 study revealed that exposing E. coli bacteria to increasing concentrations of three different types of chemical disinfectants resulted in E. coli populations that had become resistant to several families of antibiotics.

“It’s worrying that people think by frequently cleaning their homes they are protecting themselves and their families from bugs and germs, but in reality, if they’re not applying the right products in the correct way, they could be putting their health and the environmental at risk.”

Emma continued: “It cannot be denied that biocidal products play a vital role in daily life. For example, disinfectants are essential for public health to help control diseases and hospital-acquired infections, other biocidal compounds are essential to preserve materials such as plastics, paints, textiles and wood, but while traditional biocidal cleaners have been used predominantly in the professional and domestic cleaning industries for cleaning all types of surfaces, the benefits offered by new biological cleaning products cannot be ignored. These safe and sustainable products contain beneficial bacteria to breakdown any soiling on a surface, reducing the need for harmful chemical cleaning products. The ‘good’ bacteria multiply in the application area degrading any dirt and compete with any harmful bacteria present for available growth nutrients. What’s more, unlike chemical cleaners, which offer short-term cleaning benefits, biological products contain live beneficial bacteria that build a positive biofilm on the surface after application, continuing to remove soiling that even the strongest chemical products can’t touch, and preventing odours at source.

“It’s worth noting that chemical disinfectants often contain biocidal additives that are effective against a broad spectrum of bacteria, fungi and viruses, however, pathogenic organisms are becoming increasingly immune to these additives so they can’t do the job they’re intended to do.”

The Government has set out a 20-year vision to combat AMR aiming to have it ‘contained and under control’ by 2040.