A Cardiff-based biosciences research company has developed an eco-benign system designed to prevent blockages in the Tata steelworks’ pipe system, in a bid to save the Port Talbot company time and money. 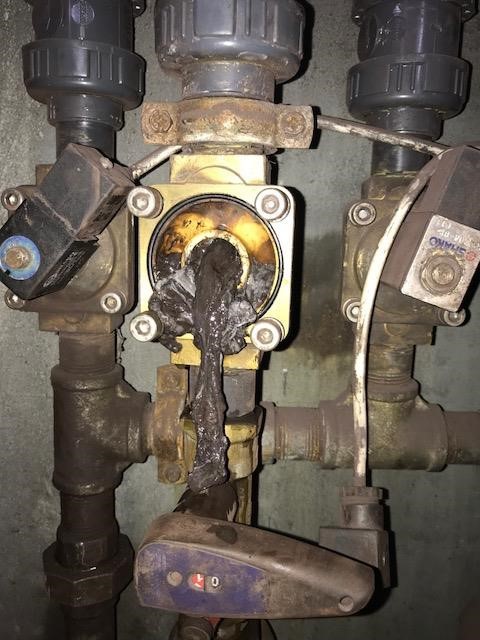 Genesis Biosciences created an anti-biofilm formula which, when used in Tata’s dust suppression system, is said to prevent the build-up of multispecies biofilm. The biofilm streamers, responsible for persistent clogging of downstream valves and spray nozzles within Tata’s pipe system, resulted in frequent system shut downs and many man hours manually removing the biomass on a daily basis. The dust suppression system is crucial to preventing sinter dust from the blast furnaces polluting the local area.

Genesis research scientist, Dr Chris Charles, said: “Tata had tried various methods to deter the biofilm from developing, including hypochlorite, but all had been unsuccessful.

“When Genesis was tasked with finding a remedy, we first took on-site samples and conducted extensive laboratory research to analyse and reproduce the types of biofilm seen within the dust suppression system. We then developed a bespoke biofilm suppression fluid along with a precise dosage schedule.

“In the first test, bio-fouling blockages were successfully reduced, but a new biofilm began to develop elsewhere within the system. We went back to the laboratory to address the issue with further research and modifications to optimise the formula until an effective solution was conceived.”

Since the introduction of Genesis Biosciences’ BSF in early 2018 there have been no reported instances of blockages.

Genesis’ environmentally friendly technology is being used around the globe in a broad range of market sectors, including the effective treatment of waste water and industrial effluent, the remediation of industrial malodours, the enhancement of water quality in aquaculture and the promotion of animal health and infection control.

Bio-fouling within the Port Talbot steelworks – in basic terms, this is an accumulation of biofilm, which clogs pipework and was impacting the dust suppression system used to prevent sinter dust from the Blast Furnaces polluting the local area.

The blast furnace dust suppression system uses recycled mill water that harbours several native microbial species. This led to the formation of long thick biofilm ‘streamers’ in the system. These streamers (which were several meters in length) were detaching and clogging downstream valves and spray nozzles, resulting in frequent system shut downs and requiring many man hours to manually remove the biomass on a daily basis. Use of hypochlorite as a remedy had been unsuccessful.

In the first run bio-fouling blockages were successfully reduced, but a new biofilm was beginning to develop elsewhere within the system. The Genesis team then worked to address this with further laboratory research and modifications to optimise the biofilm suppression formula.

Once the biofilm suppression formula was fully optimised it was quickly able to effectively control biofilm formation within both the upstream holding tank and pipe system, ensuring no system downtime due to blockages. The system even ran without issues over the hot summer periods of 2018 (Figure 2). The steel works has now replaced hypochlorite with Genesis biofilm suppression fluid due to its vastly superior and application specific performance.