NORTHWOOD HYGIENE Products has made a number of substantial investments and is creating 30 new jobs at its headquarters in Telford to support further growth and meet demand for its range of Away-from-Home (AfH) professional paper hygiene and wiping products. 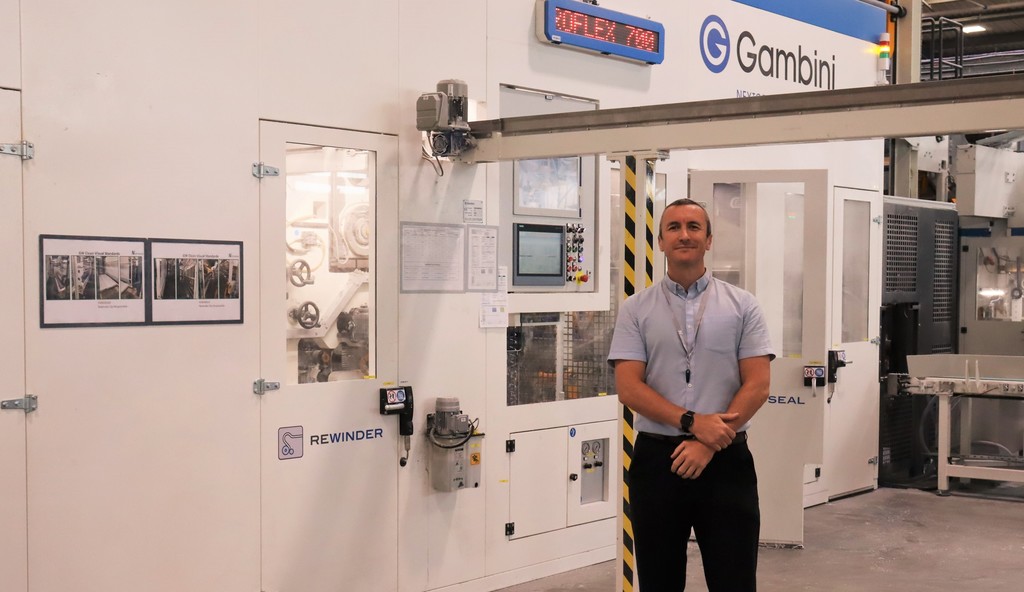 The family-owned company has made a multi-million pound investment to expand its site with brand new 14,500m2 warehousing and administrative premises. It has invested more than £400,000 in additional site infrastructure to provide new offices, pallet racking and IT equipment and invested £3.65 million in a state-of-the-art Gambini Wide production line.  With a capacity of around 13,000 tonnes per year, the new line will run industrial rolls using 3.42 metre wide jumbo reels from Northwood’s Chesterfield-based mill.

Northwood has also invested more than £1million in fully automated packaging and palletiser equipment on its roll towel and toilet tissue lock-out systems converting line and introduced additional automation on the packaging section of its medical roll line. The company has now fully commissioned an automated case and pallet labeller, which will soon be integrated into its upcoming ERP system, and invested in a new Warehouse Management System. It has also recently taken delivery of a new fleet of eight trailers.

Northwood, which currently employs 189 people at its Telford site, is also creating 30 new jobs to meet sustained growing demand. The company is hoping to take on new maintenance engineers, HGV drivers and more than 25 production operatives. This latest move follows a successful recruitment drive last year, where Northwood expanded its Telford-based workforce by 10%.

Paul Mulready, Northwood Hygiene Products’ marketing manager, said: “This recruitment drive and latest round of investment at Northwood marks an exciting new phase for the business as we further expand our capabilities and increase our market presence. Like many firms, we were affected by the pandemic, but we have weathered the storm and, as businesses have started to reopen, we are seeing a big increase in demand once again. The future looks bright and we are investing significantly in infrastructure to increase capacity.”
Pete Foy, operations director, added: “In such uncertain times, and in a market which has seen unprecedented suppression of sales, Northwood is proud to have continued its aggressive investment programme.”

Northwood made three major acquisitions in late 2019, covering five sites in the UK and Spain. These were to enable it to increase its paper production and converting capacity, as well as expanding its European presence.

It also installed world-leading manufacturing equipment at one of its two tissue mills. The 2.5 million investment at the Lancaster site increased output and enabled the Telford facility to diversify. Last year, Northwood invested more than £7 million in its Birmingham facility to increase its total daily output of toilet paper rolls to 2.5 million and create 27 new jobs.

Northwood Companies was recently ranked No 30 in the 22nd annual Sunday Times BDO Profit Track 100. It is the first time that the group has been named in the league table.