What's that coming over the hill? 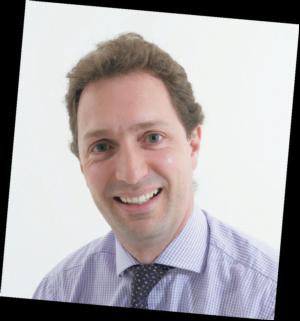 The CSSA is an active member of the European Federation of Cleaning Industries; the European trade association for the contract cleaning sector (www.feni.be). It is through the EFCI that we both receive information about new laws from Brussels and act to influence them.The EFCI recently held its annual meeting and placed a spotlight on the following issues emerging from the EU that will affect the cleaning industry.

Employment law Employment law continues to be a key focus of the European Commission.The Working Time Directive is currently being reviewed, and the Commission has asked the European employers and trade unions to try to hammer out an agreement between themselves. If this is not possible then the Commission will legislate.The employers are seeking a minimal review concerning "on call time"and "compensatory rest" while the unions would like a much wider review including excessive hours, reconciliation of work and family life and a general clarification of the law.

Also in employment law, the Posting of Workers Directive is a further key issue.Here, the issue is the conflict between national union agreements and the freedom to provide services across borders.Two legislative proposals are expected; a regulation on the relationship between the freedom to provide services and fundamental social rights and a directive on the correct application of the posting rules.

Proposals on pensions The European Commission will also be bringing forward legislative proposals on pensions in 2012.The aim of such a proposal would be to assist Governments in both managing an aging population and their deficit and debt issues. In the UK context, with the introduction of compulsory pension enrolment already in law and scheduled to enter into force from October 2012, it will be a matter of concern if any proposed EU action is in conflict with what is already being implemented here.At present, the Commission is drafting a White Paper and EFCI will ensure that the interests of cleaning employers are considered in that process.

Public Procurement and Service Directives Business opportunities are also in the sights of the European Commission.The revision of the Public Procurement Directive should be published for consultation in early 2012. In particular this is a new opportunity for the cleaning industry to press a best value agenda over the default of lowest price. Likewise, the Services Directive, which was only agreed in 2006 is already at its five year review point, and the Commission has raised concerns that a single market in services, like cleaning, is a long way from completion. Clearly, the debates on cross border service provision and posting of workers are closely linked and the EFCI will be seeking to influence them to the benefit of cleaning employers.

VAT reform and Standardisation There are two other issues of potential concern for members of the CSSA.The first is the renewed Commission focus on VAT reform.

Proposals for further harmonisation in the field of VAT are likely, given the widely differing rates applied in some countries, including for cleaning services. While the Commission may make proposals in this area, as unanimity is required from the member states for new laws to pass, it is unlikely that there will be rapid change. The second area of concern is that of standardisation.The EU produces a wide range of standards that affect the cleaning industry, including EN 13549 on the measurement of cleaning quality.The aim of the Commission is to cut the time to prepare standards in half to 18 months.The challenge for EFCI will to be keep the employer voice in the standard setting process.

The next 12 months will be a challenging time for the EU.The institution is going through a partial paralysis brought on by concerns over the Euro and indebtedness.Yet at the same time,new legislative proposals continue to emerge from the sausage machine.

The CSSA, through its membership of EFCI will remain in close contact with the EU and ensure that cleaning employer views are well represented.
MORE FROM THIS COMPANY