Uncertainty and political instability are on the global horizon. The CSSA's Andrew Large discusses what's happening and how it may affect industry 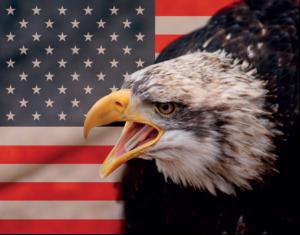 Uncertainty and political instability are on the global horizon. The CSSA's Andrew Large discusses what's happening and how it may affect industry

For the first time since 1945, companies in the developed world, including the EU, USA and Japan, are waking up to the fact that political risk is back on the agenda. By which I mean two things.

Firstly that governments in those countries may take political decisions that are directly harmful to business interests, and secondly that the spectre of conflict and even war is no longer a hysterical fantasy.

Look, for example, at the growing dispute between Japan and China over the Diaoyu/Senkaku islands. The dispute between these two great powers has turned military, with China sending warships to assert its sovereignty over the islands that Japan has 'bought'. In the meantime, China talks about using international bond markets to bankrupt Japan, to cease imports of Japanese manufactured goods and block exports of rare earth metals to stifle Japan's technology industry.

In the EU, the tensions between different Eurozone members are clear to see, and civil unrest has already hit Greece and Spain. EU politics seems to be revisiting the nationalist past of the 19th century, with all that this might mean for future peace.

In the USA, protectionism is growing and the growth of the Tea Party movement reflects at least in part an internal conflict between white Americans and other racial groups. The recent trade dispute with China over cars and car parts seems electorally driven and shows a willingness of the US administration to take on China.

Even in the UK, it would seem that policy decisions affecting business are being taken on the basis of political expediency and not an impartial assessment of the facts. Try building new airport capacity for London and see where it gets you, especially when China will build 82 new airports by 2015, before we have decided to add (or not) a runway to one.

Interference equals instability The effect of all of this on business is clear.

Why would any business take a capital expenditure decision if a politician might nationalise the fruits of it? Moreover, too much political interference becomes a self-fulfilling prophesy. Faced with political risk, long term investment declines and short term speculation grows, creating the conditions for a further political attack on the business community. These kinds of risks are well known in the developing world - but developing world risk has always been managed on the back of stability in the developed world. Take away that stability and it is easy to see why corporate holdings of cash are at levels (in relative terms) not seen since the early 1960s.

The current class of politicians seems uniquely ill-suited to managing this problem. None of them seems to have a big overarching narrative for their political mission about how they will improve the countries that they are elected to lead. The EU is mired in debt, as is Japan, and in neither has the political elite grasped how to escape a debt-deflation spiral. In the UK, coalition politics has created a 'tit for tat' policy regime, giving us both the appearance of austerity and a growing deficit at the same time.

The American nightmare The worst is the US. With 8 per cent unemployment, a stagnant economic recovery and a slow military defeat in Afghanistan, Romney should be winning by a street. Except he isn't - the polls show a consistent Obama lead.

Gaffes aside, the real problem with Romney is that he simply isn't big enough for the job. He views the world through the narrow focus of electoral campaigning - which groups of population he needs to convince and where, in order to get elected. This reductionist and divisive viewpoint makes him singularly unsuited to the task of leading the US. He cannot represent all, when he is only interested in the 53 per cent who might vote for him.

Time is running out. Countries reach a tipping point when they spend more on debt repayments than on military expenditure. In the US in 2011 debt repayments reached $454 Bn, less than the $700 Bn spent on defence, but the gap is narrowing. The UK has already reached this point and gone beyond it. When you are spending more on your creditors than on your own security, then it is time for change. Unless the politicians in the developed world recover the concept of leadership and stability, then the business community will never be able to deliver the growth that we all want and need.
MORE FROM THIS COMPANY