Together we stand so one strong voice can be heard

Steven Proudfoot, interim chief executive of the CSSA, explains why the merger of the big four cleaning-related bodies is good for the cleaning and FM industries 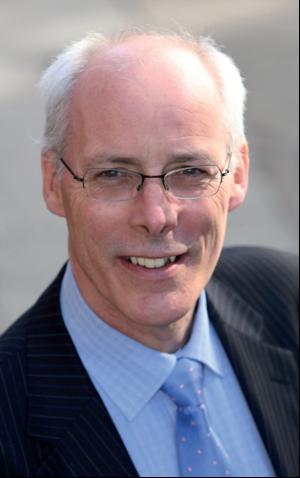 Talks to investigate a possible merger were already underway between the Cleaning and Support Services Association and Asset Skills, when Andrew Large announced he would be leaving his post as CSSA chief executive in May. When I took over as interim chief executive, it was felt the time was right to broaden the discussion further, and look at how our members might benefit from an even wider merger with more organisations.

Initial calls to rationalise the number of membership and employer bodies came from the employers themselves; it was they who called for more unified representation, which has led to our current talks with the British Institute of Facilities Management (BIFM) and the Facilities Management Association (FMA). As membership bodies, we're only as strong as the support we have from our members. We get that from listening to them and acting on their feedback. So far the response we've had from them has been incredibly positive. We have received many comments from members who are happy that we've taken on board their concerns and have taken action.

Cleaning and facilities management form a key part of the outsourcing sector, which has a turnover in the region of £207 billion, 8% of the total economy-wide output. These industries employ more than 460,000 people whose work touches the lives of every single person in the UK in schools, hospitals and workplaces; in parks, shopping centres, stadiums and trains. It is an essential workforce that creates a clean, safe and harmonious environment allowing British businesses to focus on their core objectives.

There is still a long way to go in achieving the recognition this sector deserves at the highest levels and I believe this is partly because of the current fragmented nature of the trade associations and employer bodies. By coming together and presenting a united front, we can add strength to these efforts and raise awareness effectively with government. It will be much easier for ministers to talk directly to one voice than consult many.

I believe a more cohesive approach to employer representation is required to achieve the influence that more appropriately reflects an industry of this size. Having one body means we can pool resources effectively to ensure our members are getting the maximum benefit possible and that their fee isn't being doubled up on services such as legal helplines, multiple accreditation schemes or lobbying. We can save money on office costs - an issue very much in the minds of most businesses during the recession.

It is right that an industry's trade, professional and employer bodies respond to the economy in the same way as their members are doing.

We need to show that membership fees can be offset many times over, from opportunities to network to training and accreditations that are easy to understand and simple to navigate.

The merger should benefit everyone, and SMEs are a vital part of the cleaning and FM industry. The CSSA, Asset Skills, BIFM and FMA are committed to providing the support that SMEs, and larger employers, need. In the bigger picture, the merged associations will retain expert and skilled staff who understand the issues faced by small businesses.

Although these discussions are still at a very early stage, we certainly intend to ensure valuable membership services are available to everyone. A final decision on the merger will not take place without the approval of CSSA members and an Extraordinary General Meeting will be arranged for members at an appropriate time.
MORE FROM THIS COMPANY