Andrew Large of the CSSA considers how changes in the global economy are likely to affect the cleaning industry. 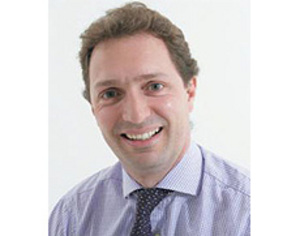 Andrew Large of the CSSA considers how changes in the global economy are likely to affect the cleaning industry.

If the global economy could be summed up as a weather forecast, it might be summed up as "continued stormy outlook with very occasional sunny intervals". Reading the latest IMF World Economic Outlook it is clear that despite some improvements the world continues to suffer from anaemic economic growth and a plethora of downside risks of which the biggest is the disorderly collapse of the Euro.

One of the major downside risks that may affect the cleaning industry is that of commodity prices. Key commodities for the cleaning industry include oil, for energy and plastics, the rare earth metals used in all computing devices, and water, which is especially important for the downstream users of cleaning products. Prices of these commodities have risen sharply in recent years, and if economic recovery continues, then they may yet rise further.

Alternatively, and driven in particular by political risk in oil producing regions, prices may fall.

For cleaning businesses, this has a series of effects. As energy prices rise, the costs of manufacturing products and servicing clients go up. However recovering those costs from clients will be well nigh impossible leading to a squeeze on margins. The same is true for metals. Should prices fall, then manufacturers will be left holding expensive inventory and their clients will be demanding immediate price cuts. Again, margins are squeezed. One thing is for certain, prices at the petrol pumps seem never to go down.

Price pressure on commodities is one thing, but there are also supply issues. The current drought in the UK shows how dependent the cleaning industry is on water and the industry will require massive adjustments if these droughts become more common.

Likewise, the periodic reports that China is cornering the market in a commodity product hold out the prospect that supplies might be artificially withheld for political reasons. Some of our current technologies cannot be made without these metals and without them the western economy is under threat.

A second downside risk to the economy is what one might call electoral risk. 2012 is a busy year for elections. New Presidents will be elected in the USA and France, a new Mayor in London and China will change its leadership for the first time in 10 years.

Elections always create risk aversion in both political and business circles as people wait to know the outcome before making a decision. Worse can occur when the result of the election is contested or unclear. In China, the departure of political heavyweight Bo Xilai, coupled with allegations of the murder of the UK national is the worst scandal to hit China since the late 1980s. It reflects a struggle for control in China, in the run up to the March 2012 National People's Congress.

So where then are the sunny intervals in this rain lashed forecast? They are largely focused on urban areas. Across the world cities contribute disproportionately to per capita GDP. They do this because they have the concentrations of population, skills and therefore opportunities for new and existing businesses to thrive. If today's cities, particularly the up and coming newer and smaller cities, are able to find a unique niche and develop the global links in an increasingly global economy then they will act as drivers of economic recovery across the world. For business, the opportunities to surf this new wave of city based economic growth will depend on the ability to find and retain talented people and to build collaborative relationships with city public authorities.

Cleaning is predominantly an urban activity. We clean the buildings and the streets that people use, not the trees and fields of the countryside. The challenge for the cleaning industry is to understand the opportunities offered by growing urban areas and to rise to the challenge.
MORE FROM THIS COMPANY