Following discussions with our members, the CSSA undertook research on the Home Office's Vetting and Barring Scheme (VBS). 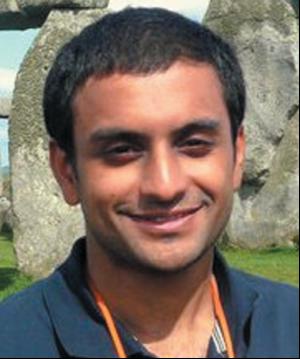 Following discussions with our members, the CSSA undertook research on the Home Office's Vetting and Barring Scheme (VBS).

Under the proposed VBS, individuals who have direct or indirect contact with children and vulnerable adults would be required to register on a database, depending on whether their profession was classified as controlled or regulated activity. If an individual's employment fell within these two categories, they would be required to undergo a mandatory CRB check. If the audit revealed previous criminal convictions pertaining to offenses committed against vulnerable groups, the individual is then placed on a barred list. It becomes an offense for an employer to employ an individual on the barred list.

The Independent Safeguarding Authority (ISA) is the organisation responsible for implementing the scheme and administering the registration process.

As many CSSA members hold contracts in schools and hospitals, the CSSA entered into consultation with the ISA to determine the status of cleaners working in such premises and what possible impact it may have on the ability of cleaning businesses to undertake their activities.

As previously mentioned the proposed VBS has two classifications of work.

Regulated activity also covers those professions that take place within a 'specified setting.' Specified settings are premises where vulnerable groups are predominantly based.Venues such as schools and adult care homes would fall under this classification. Cleaners operating in such premises would be classified as engaging in regulated activity as the scheme does not distinguish between the types of profession operating in such an environment.

The consultations between the CSSA and ISA raised some potential issues that could adversely affect cleaning contractors.The most immediate one being the complexity of the system and its potential to cause confusion, since cleaning is typically classified as controlled activity, except in cases where such activity takes place within a specified setting, then it is rendered as regulated activity. It also raised questions on the necessity of cleaners to register if they worked in a school. If a cleaner was to clean a school during after school hours, would they be required to register? The answer is yes. If their duties placed them in a building site far away from the children,would they still be required to register? The ISA's position is also yes on this point.

The CSSA took issue with this position since it seems highly unlikely that a cleaner working out of sight of vulnerable groups would have the opportunity to make any contact with individuals.The cornerstone of the VBS is that the activity in question has to provide the individual in question a viable opportunity to have frequent and intensive contact with children.This is unlikely for a school cleaner.

During the course of its research the CSSA also expressed concern that in the case of foreign nationals or naturalised citizens, the CRB has only the remit to carry out a background check on an individual's criminal record in the UK. Although the guidelines allow for caseworkers to bar individuals if their records show they have committed a crime in their country of origin, there is at present no mechanism to allow the ISA to verify an individual's overseas records.

The CSSA's overall position is that the VBS although well intentioned is a disproportionate measure to ensure the welfare of children. Our views have been backed by a number of other authorities.The Labour Government itself instituted a review of the Scheme by Sir Roger Singleton, which made a number of recommendations to lighten the bureaucratic burden being created.

According to a press release issued by the National Society for the Prevention of Cruelty to Children crime statistics showed that offenses committed against children were four times more likely to be committed by an individual the child is well acquainted with.

Therefore the main effort to safeguard the welfare of children should focus against those individuals and settings where the crime is most likely to occur and not against the cleaner whose contactwith vulnerable groups would be fleeting at best.

VBS Suspended The CSSA was delighted when, on 15th June 2010, the Coalition Home Secretary Theresa May announced that the implementation of the scheme was to be suspended pending a full review.We look forward to working with the Government to ensure that any new child and vulnerable adult protection measures are workable for the cleaning industry.This shows that well structured, evidence based representations to Government bring positive results for business.

Mahriar Hussain is a policy officer for the CSSA. The CSSA is an active policy organisation seeking to represent the views of the cleaning industry to Government and also to assist members in complying with the law.
MORE FROM THIS COMPANY