Home >"We've got work to do"
ARTICLE 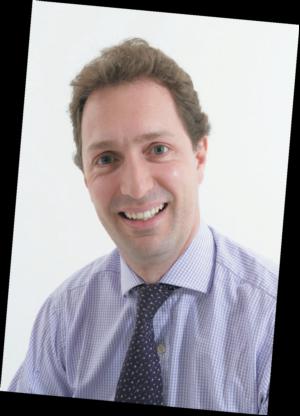 Recently, I wrote an article for The Guardian defending the position of cleaning employers. I said that employing cleaners on the London Living Wage was not as simple as just putting their wages up and that clients, contractors and employees all needed to work together to make it happen. This was in response to an article by a regular Guardian columnist, based on her experiences in the industry.

Oh what a hornet's nest I stirred! To some of those who commented, it was as if I had suggested the return of human sacrifices or some such similar.

Some of this can be put to one side as Guardianista froth. There is a certain type of person who comments on website articles and whether they are from the left or the right of the political spectrum, they are not worth getting upset about. However, cleaning needs to take a hard look at itself in the mirror, because exaggerated as they may be; the responses to my article reveal a wider set of concerns.

The first is a concern over legitimacy. In the eyes of some, contract cleaning is not a legitimate industry. For these people, outsourcing is wrong and cleaners should be directly employed by the end client.

Moreover they feel that in the public sector, cleaning should be undertaken in house and not by private contractors. There is a belief that outsourcing is only used to cut costs and that the contractor's margin is money taken away from the pay packets of the cleaners.

Following on from the view that outsourced cleaning is not legitimate is the opinion that the sector has no right to be heard. For certain people, cleaning employers are somehow persona non grata and should not even be given the opportunity to participate in the debate about employment issues and social concerns. It is as if they believe that there is something intrinsically evil about contract cleaning, that we should end up in the box marked "no platform" together with groups from the far right.

Some of the other comments that followed my article returned to the theme of exploitation. They made a number of allegations about specific practices that may or may not have some substance to them.

However, underlying these remarks was a general view that somehow contract cleaning was synonymous with exploitation. That indeed there was something bound up in the very concept of contracting that meant that people were bound to be taken advantage of and treated worse than in any other line of work.

The final concern that all of this raises is the poor understanding of the way the contracting market works. By far the largest group of comments to my article expressed the view that cleaning contractors should "just pay" the living wage. This seems to suggest either that people think that cleaning contractors have a large pot of money and should pay their workers more, or that the owners and senior management of cleaning businesses should be paid less, so that their workers could be paid more. Whatever the reasoning, it seems clear the contractors are blamed for low pay - regardless of what the real cause might be.

So where does the industry go from here? We can't just sit here and say that there are some who detest contracting and will never be convinced otherwise. These attitudes are out there and they have a real impact on our businesses. Just ask those who have been affected by industrial disputes. Moreover, there are those who would use the recent economic crisis as an excuse to call the "for profit" business model into question and replace it with cooperative models of shared ownership.

The cleaning industry needs to get its house in order and do the basics well; like paying the right people the right amount of money, respecting TUPE and providing the right equipment and safety resources. More than that - the industry needs to get out into the public domain and demonstrate why it is that the outsourcing model works, what we as a sector give to the general public. We need to press for Living Wages from our clients and shout about our successes when we have them. Turning the tide of public opinion is never easy. But if we don't try - we will always fall victim to undeserved criticism.
MORE FROM THIS COMPANY