In 2010 the UK economy slowly started to recover. It was a dramatic year, in which we saw the electorate reject all three of the main political parties, the subsequent formation of Britain's first post-war coalition government,and most recently,October's comprehensive spending review where public spending was cut by £81 billion, with the aim of wiping out all of Britain's public debt by 2015. 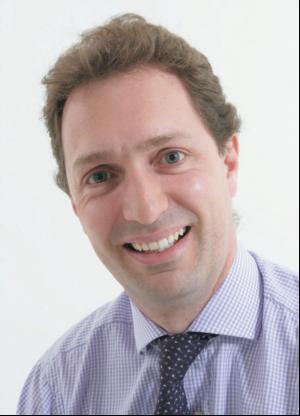 In 2010 the UK economy slowly started to recover. It was a dramatic year, in which we saw the electorate reject all three of the main political parties, the subsequent formation of Britain's first post-war coalition government,and most recently,October's comprehensive spending review where public spending was cut by £81 billion, with the aim of wiping out all of Britain's public debt by 2015.

What does all this political activity mean for the UK economy in 2011? According to analysis from the respected International Monetary Fund (IMF), the UK economic recovery from the great recession of 2008/9 is already well underway, with unemployment stabilising and the financial sector's health improving considerably.The Washington-based Fund rejects the claim that the UK economy is headed for a double-dip recession, but stressed that businesses are likely to remain thriftier than before the financial crisis,while maintaining a position that will enable them to gradually raise their consumption as labour markets recover.

The IMF has pencilled in growth for the UK of 1.7% in 2010, following the unexpectedly rapid expansion of the British economy in the spring of that year.The IMF's projected growth for 2011 is 2%, 0.1 points lower than anticipated in July.

Meanwhile, taking an international perspective, the IMF states that the global recovery remains fragile, as the rebalancing of demand from public to private sources is not yet in place.They believe that this process will be expedited if developing economies revalue their currencies to help address their trade deficits that exist with many advanced economies.This will help mitigate the over-indebtedness and weak manufacturing base that was evident in many parts of the West, which is claimed by many to be the central cause of the worst recession since the 1930s.

The head of Britain's leading employers' organisation echoed these sentiments when he expressed confidence that Britain could survive the coalition's deep cuts in public spending.The Confederation of British Industry's outgoing director general, Richard Lambert, told the Guardian: "Rebalancing is going to happen.

Government consumption is not going to grow. I don't get any feeling that household consumption is going to roar away because family budgets are constrained by low earnings growth and higher inflation, so the only engines are business investment and trade, which means rebalancing." He added that business needed macroeconomic stability, deregulation, and access to capital if it were to create enough private sector jobs to compensate for the expected drop in public sector employment.

So given the consensus that the economy will improve, what does this mean for the service, manufacturing and contract cleaning sectors? Maintaining and improving employment levels across these industries will be the most pressing challenge facing the coalition.

Although the jobless rate rose during the great recession, the unemployment level was not nearly as high as during the recessions of the 1980s and 1990s.Workers swallowed pay freezes and pay cuts, policies that will likely be continued until full confidence is restored to the business world.Meanwhile, although the public sector will take a hit of an estimated 100,000 jobs, the numbers in the private sector are hoped to more than compensate for this fall in the next year.

Supporting growth Another challenge for the coalition is to build a network of institutions and organisations whose job is to help firms invest and innovate.This will allow manufacturers to flourish, and take advantage of the devalued sterling in a competitive international market. Entrepreneurs in the service sector need to be able to find start-up capital more easily, and once their businesses are up and running they can have the same access to public contracts as established firms.

As for cleaning, it is an ideal entry point into the workplace for people who have been unemployed or who lack the skills to immediately gain other employment. Once employed by a contract cleaning business, there are BICSc qualifications, apprenticeships and NVQs that can be gained, which open up a whole range of possibilities.More importantly, the contribution of cleaning to the success of other sectors like tourism, medicine and catering cannot be overstated.The CSSA will be pressing Government to view the cleaning industry as part of the solution to rebalancing the economy, along with manufacturing.

The coalition has to focus on these areas if it wants to avoid 2011 being its annus horribilis. British governments have traditionally neglected supporting sustainable growth in the less attractive areas of our economy, but a healthy economy is one that is well-balanced across the sectors.The policies that sit between the vote-winning changes in tax, spending and interest rates will need to take priority.

It is developing the institutions to support investment and innovation that offers the best pay backs in lifting the long-run growth rate.
MORE FROM THIS COMPANY