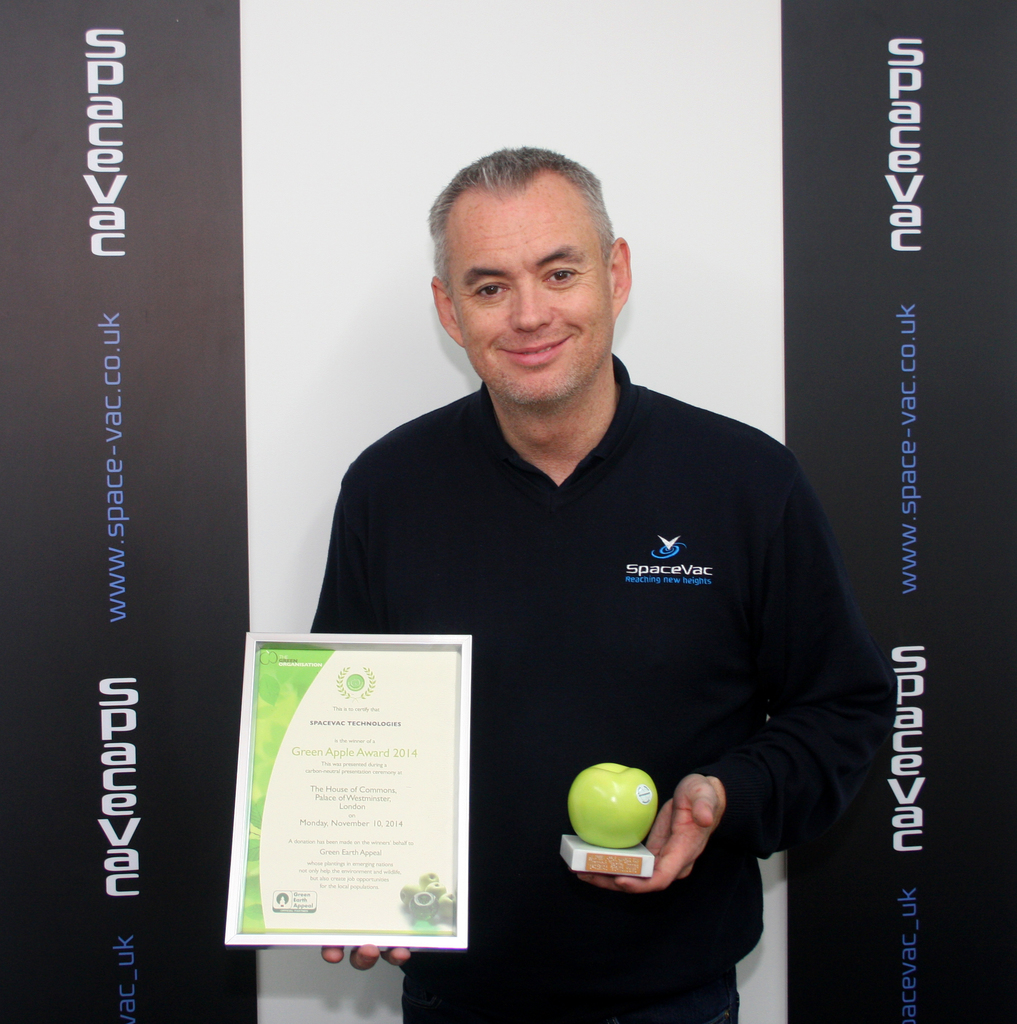 SpaceVac competed against more than 500 other nominations and has been presented with its Green Apple Award at a ceremony in the Houses of Parliament.

As a result of this success it will have its winning paper published in The Green Book, the leading international reference work on environmental best practice, so that others around the world can follow its example and learn from SpaceVac’s experience.

It is now being considered to represent the UK in the European Business Awards for the Environment.

Organised by The Green Organisation, the Green Apple Awards began in 1994 and have become established as the country’s major recognition for environmental endeavour among companies, councils, communities and countries.