Environmental charity Keep Britain Tidy has welcomed the inclusion of the 5p charge for single use bags, which was announced in the Queen’s speech on 4th June, while criticising the Government for not going far enough. 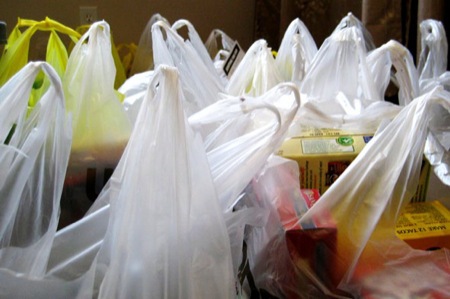 The organisation says: "It will be a popular measure, will reduce littering and sends out the right message that littering is unacceptable.

"But we are hugely disappointed that the Government has chosen to continue with its proposal exemptions – that paperbags, biodegradable plastic bags and smaller retailers will be exempt."

The new legislation will force supermarkets and larger stores to impose a 5p charge for each plastic bag they hand over to customers from next year; although to protect independent retailers, small and medium sized businesses with fewer than 500 employees will be excluded. The charge is expected to cut use of plastic bags by up to 80% and raise £millions a year for charities and good causes.

Keep Britain Tidy contends however that "the failure to learn from the experience in Wales and the extensive evidence that a single scheme without exemptions has worked well and is popular with the public and retailers alike is a real missed opportunity."

The number of bags used in Wales fell dramatically from 130 per person each year to just 22 after a 5p charge was imposed on all retailers - regardless of size, in 2011.

The charity adds: "We will be joining forces with our Break the Bag Habit partners and industry in order to see these exemptions overturned as the Bill goes through Parliament."

Phil Barton, Keep Britain Tidy’s chief executive, said: "It is a shame that instead of wholeheartedly congratulating the Government, Keep Britain Tidy has to qualify its support for the measure. We welcome the bag charge as a significant step forward, but will continue to campaign for it to mirror the successful scheme in Wales."

Environmental campaigners say the plastic carrier bags, each used for just 20 minutes on average, take up to 1,000 years to degrade. As well as causing serious harm to marine animals and birds, they blight Britain’s coastline, with 70 bags littering every mile.