Keep Britain Tidy launched its GB Spring Clean campaign in the Houses of Parliament, where it was joined by TV presenter and naturalist Steve Backshall and Olympian Helen Glover. 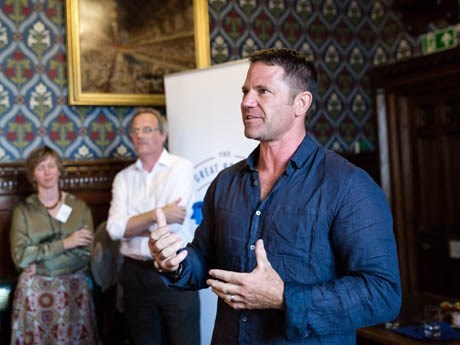 The event, which took place on 14th September, was well attended by a range of Local Authorities, schools, businesses, charities and many other organisations.

Steve spoke passionately about his love for the natural world and his frustration at the litter that harms our wonderful wildlife. He was followed by government ministers Marcus Jones MP from DCLG and Lord Gardiner from Defra, both of whom spoke about their desire to see a cultural shift in behaviour and an end to littering.

The evening was hosted by Victoria Prentis MP, who is a passionate anti-litter advocate. She gave a rallying call to all present to get stuck in throughout March and in particular over the long weekend of 3 to 5 March 2017.

Keep Britain Tidy now intends to build a network of partners who can help bring the campaign to life. The #GBSpringClean campaign will have its public launch in October.