NHS reform - how clean is your hospital? 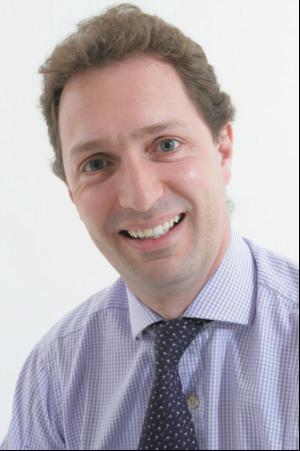 If you want to find out how clean your local hospital should be,may I suggest that you do so now, because in a few months time no one may be able to tell you.

I'm not being unduly alarmist here.

The localism agenda of the NHS reforms means that the days of the NHS centrally defining cleanliness may well be over.At least that's what they tell me when I go and see them.

Instead of an organization like the National Patient Safety Agency owning the concept of cleanliness within the NHS and reporting on it, we will be faced with a patchwork of groups from local Trusts to representative associations all giving guidance to the NHS on what cleanliness means.

I think this is a retrograde step, and one that will put patient's lives at risk.

With the Coalition announcing a pause in NHS reform, it is a good time to ask why.

The current cpproach is working You only have to look at the data to see that the current approach is working.According to the latest Healthcare Protection Agency figures, between Q4 2008 and Q4 2010, infection levels for MRSA more than halved and for C. Diff fell by nearly two thirds. Put simply,when you are doing something right, don't stop.

The current cleaning system works precisely because of the central setting of standards and reporting against those standards.Take away the central definition of cleanliness, and over time hospitals will drift away from each other towards their own local standards and patients, deprived of a measuring yardstick, will lose confidence in their knowledge of whether or not hospital "A" is more or less clean than hospital "B". It is true that previous NHS activity has been criticized for being too "top down", but in the case of cleaning it works, and the NHS should keep doing it.

Devolving the standards of cleanliness to outside bodies is also going to lead to confusion.What if those bodies contradict each other? Who will patients trust? Managing standards centrally within the NHS means that these conflicts can be resolved and a clear view developed. In the new system,each body will have a vested interest in maintaining its own standards, to the detriment of clarity on what is clean.Competing standards are a bad idea - just ask the people who bought betamax videos.Worse, if these outside bodies receive commercial sponsorship or have commercial members,how will patients be able to trust that cleaning standards are being developed from sound science, and not on the basis of who paid for them? The rush to localism will also have adverse effects on the frequency of cleaning. History tells us that NHS Trusts will be strongly tempted to cheese pare cleaning regimes to the bare minimum, to cut costs, and run the risk of outbreaks of infection. Only by having a central definition of cleanliness, and enforcement against that definition, will you deter NHS Trusts from cutting cleaning to reinforce other budgets.The worst thing is that with infection outbreaks being so expensive, this kind of cost cutting is folly, but Trust Chief Executives always seem to think it can't happen to them.Well it will, and the current direction of NHS reform makes it more and not less likely.

A key part of the reform package in cleaning is the development of PAS 5748, the publicly available specification for healthcare cleaning management.

The PAS is a laudable attempt to review and standardize the cleaning of the NHS.Yet it is itself flawed and if introduced will make matters worse not better.The key challenge with PAS 5748 is that is signals a move away from sound science in the determination of cleanliness towards subjective perception. Put simply, if a ward looks clean to the naked eye, then for PAS 5748 it is clean, regardless of whatever microbes may be on the surfaces and close to patients. I fail to see how the NHS can promote a cleaning management standard that does not include microbial testing at some level.The drift away from sound science, coupled with local definitions of cleanliness is a recipe for disaster.

I welcome the announcement of a "pause to listen"in the NHS reforms. I hope that the Government is listening when the cleaning industry says loud and clear that the current system for setting standards in cleaning is better than what is being proposed.What we've got is helping to cut infection rates - don't spoil a success. Andrew Large of the CSSA discusses the implication the NHS localism agenda could have on hospital cleanliness
MORE FROM THIS COMPANY