Home >What will EU veto mean for British Businesses?
ARTICLE

What will EU veto mean for British Businesses?

As the UK vetoes an EU Treaty to save the Eurozone,Andrew Large asks what the fall out might be for British industry 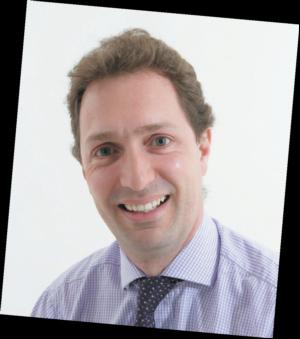 As the UK vetoes an EU Treaty to save the Eurozone,Andrew Large asks what the fall out might be for British industry

Depending on who you believe, the events of Friday 9th December 2011 were either an unmitigated disaster or a welcome flowering of the bulldog spirit. In vetoing a Treaty on the establishment of a Fiscal Compact in Europe, did David Cameron condemn Britain to isolation or help us to stand up for ourselves for the first time in many years? From the point of view of the cleaning industry, estrangement from the EU would create many challenges, but some opportunities as well.

As a cleaning employer, one might welcome the opportunity to relax labour laws and repatriate authority over issues such as health and safety.However, the UK has relied for many years on other EU countries to supply cleaning workers, and if immigration from the EU is again restricted, then labour shortages might be the result.

40% of the UK's exports go to the EU, and any closure of the single market would be a potential disaster for major exporting firms, but it might also be the driver towards a more outward facing outlook that would secure Britain's place as a major trading partner with the BRICS countries and the rest of the world. Perhaps we might see the return of the Commonwealth Preference system that was previously given up in 1973 as part of the UK's EC accession Treaty.

The outcome for the UK on foreign direct investment is also unclear.Will firms want to invest inside the full EU umbrella, or can the UK pull off the same trick as Switzerland or Hong Kong and offer access to a major trading group, without being bound by its restrictions? So much is unclear that it seems premature to offer definitive conclusions, but there are some pointers to the future.

Firstly, in many respects the world is already bypassing the EU. For cleaning machines, the governing standards for world trade are the International Electrotechnical Commission's, not those of the EU and it is for the EU to fit into the IEC rules and not so much the other way round.The major players in cleaning machines are global, and they do not want to be making different machines for different markets.

The same is true in chemicals.The key regulator in this field is the United Nations with its Globally Harmonized Standard. Here the EU has adopted the GHS wholesale, and does not have the power to make amendments just for the 27 member states.

Cleaning services themselves are locally provided, so international trade does not arise as an issue.Here the challenge will be for service providers to secure a reliable labour supply and improve the retention of existing staff so that they are not so reliant on a steady stream of overseas workers.

There are some things that UK business could and should already be doing to enable them to manage the potential fall out from an estrangement from the EU.

If your business employs recent immigrants into the EU, one way to protect yourself from a closure of the UK's borders is to consider links to UK labour sources. Perhaps now is the time to build connections to UK schools and unemployment schemes to open up a second source of employees.

Exporting firms might be hit by any damage to the UK's access to the EU single market. For them, the challenge will be to build new markets across the world. A useful first step would be to develop contacts with global institutions like WFBSC and ISSA that will give access to market knowledge, distribution opportunities and end users outside the EU.

Those businesses reliant on inward investment will need to demonstrate why the UK market continues to merit that investment, or run the risk of being closed out in multinational resource allocation decisions.Demonstrating that the UK offers upper quartile returns in comparison with other countries will be important, as well as close links to the distribution and client base.The UK still has 60 million customers and is the 7th biggest economy in the world.

Outside investors will need reminding of that as time goes by.

Perhaps the biggest criticism of Cameron's veto is that it looks like the UK is "stumbling out of Europe" rather than pursuing a thought through strategy.The best thing that UK business can do is to think now and have a strategy in place to be able to survive and thrive in a world where the EU will be less important for the UK and the UK less important to the EU.
MORE FROM THIS COMPANY