AFTER A successful pilot at their UK headquarters, AstraZeneca is the first customer for paper hand towel recycling service Tork PaperCircle in the UK. 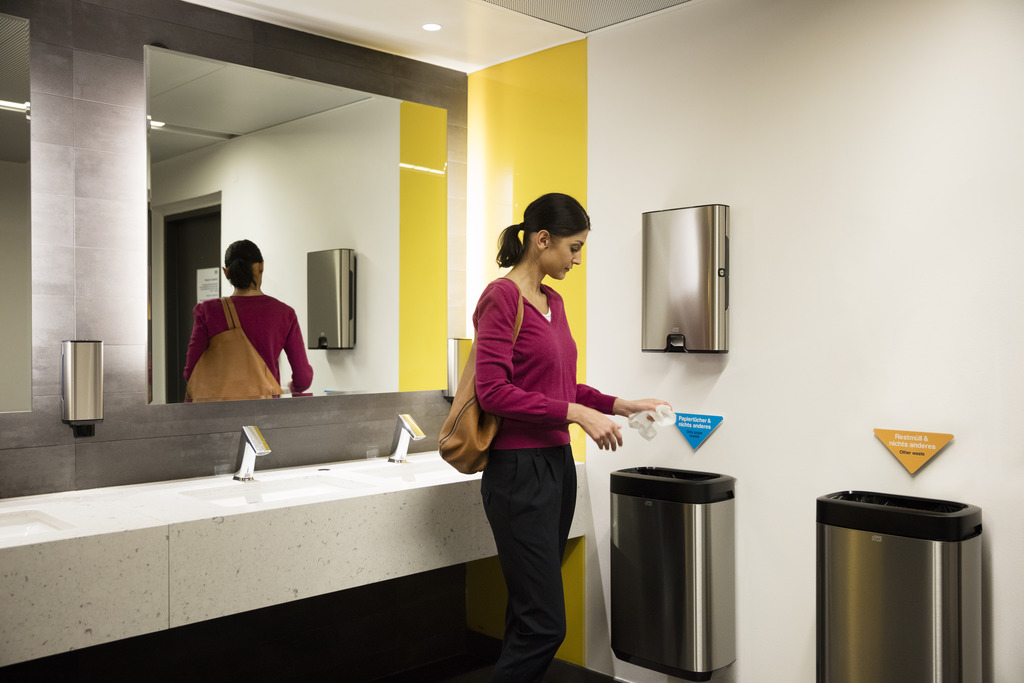 The multinational pharmaceutical company behind one of the world’s most widely-administered COVID-19 vaccines has been trialling Tork PaperCircle at its Cambridge site since May 2021.

Tork PaperCircle has been in operation since 2016 and is available in Germany, Austria, Switzerland, the Netherlands, Belgium, Luxembourg, Sweden and Denmark, and just recently, UK and France at more than 150 locations.  As a result, we now give 35 million employees and visitors access to Tork PaperCircle supporting a more circular planet.

AstraZeneca was already signed up to Tork PaperCircle in Sweden, so it was a logical step for the company to extend the service to its Cambridge facility in the UK.

The AstraZeneca UK trial, co-ordinated by Sodexo, was highly successful and the company now plans to roll out Tork PaperCircle to all its the laboratory hand wash areas and potentially across the rest of its Cambridge Granta Park site.

“AstraZeneca wants to become an example in new technologies and services that reduce pressure on the environment,” said the company’s Cambridge director of supplier relationship scientific services, waste and logistics Brian Moroney. “Tork PaperCircle fits well with our own ambitions on reducing waste and lowering our carbon footprint.”

AstraZeneca wants to go carbon neutral by 2025 and zero carbon by 2030 while also ensuring that its waste volumes do not exceed 2015 figures, Tork PaperCircle can support this ambition.

The process of recycling used paper hand towels requires a change of behaviour on the part of cleaning staff and washroom users, says Brian. “But it is the right thing to do,” he adds. “The appetite for sustainability within AstraZeneca and Sodexo is high, and the communication materials and support that comes with Tork PaperCircle have helped us to engage our employees and cleaning staff.

“We will scale this service to contribute to our goal of a futureproof and sustainable business.”

Tork PaperCircle has won multiple awards including an Innovation Award and Visitor's Choice Award at Interclean Amsterdam 2018 and the Best Practice-Sustainability prize the European Cleaning & Hygiene Awards 2018. It also received a commendation from the European Parliament in the European Paper Recycling Awards in October 17.

Paper hand towels are usually handled as household waste and are ultimately combusted. Customers signing up for Tork PaperCircle are matched with local Essity mills so that their paper hand towels can be recycled in the most sustainable possible way.