Prevent food poisoning on your premises 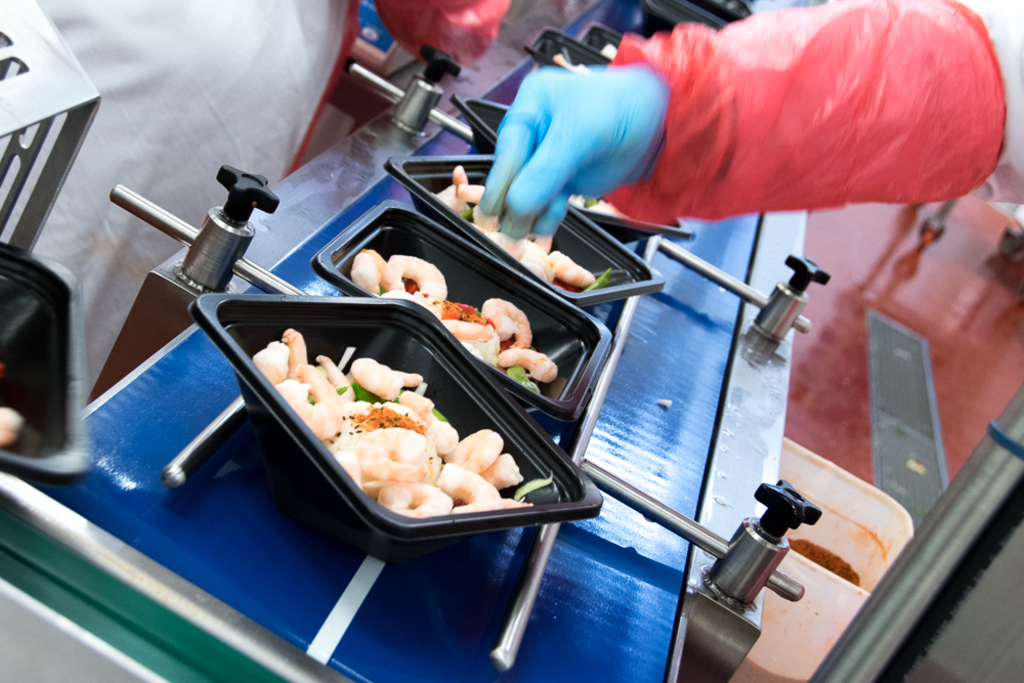 According to the European Food Safety Authority, who publish annual food poisoning statistics in their journal every December, food poisoning, particularly from pathogens such as Listeria, is increasing. At the same time, it is recognised that food operatives who frequently handle raw materials can contaminate themselves by touching their faces and mouths and accidentally ingest the organisms, potentially then becoming asymptomatic carriers. Good personal and hand hygiene practices are therefore seen as even more critical in preventing contamination from food handlers, particularly from those who may be ill or carrying pathogens in their gastrointestinal tract.

In the UK alone more than 23 million days are lost to employers each year through diarrhoea and vomiting. For food producers and retailers who supply contaminated product which results in isolated or large-scale food poisoning outbreaks, the consequences can be disastrous. In most food processing or food service environments the handling of food is commonplace and often impossible to avoid. Cross-contamination by the transfer of pathogenic or food spoilage organisms can be a significant issue. Hands are one of the most common vehicles for transfer of microorganisms to high-risk products and can become contaminated in a number of ways. Lack of hand washing when required and not following a correct hand washing procedure are the most common problems observed. The primary reason for washing hands is to prevent cross contamination of pathogens to food products and food contact equipment, which in the food industry could lead to food poisoning incidents. Hand washing is also a prerequisite prior to donning gloves and following their removal.

Resident bacteria are a part of our natural flora and are not normally pathogenic. The washing and disinfecting of hands will remove most of these bacteria present on the skin surface, suppressing the bacterial levels for a given period of time. However, the numbers will begin to increase shortly after the washing has been completed. It is virtually impossible to remove all resident bacteria from the skin and tests have shown that after repeated washing large numbers of bacteria can still be recovered from the fingers and thumbs. The type and number of resident bacteria vary from person to person and generally don’t cause food poisoning.  However, the exception is Staphylococcus aureus. Infected cuts and boils can be a significant source of Staphylococcus aureus. Thorough hand washing can reduce the number of micro-organisms, but it is impossible to remove or kill all of them.

Transient bacteria are those that are found on the surface of the skin but do not normally reside there. They have been transferred onto the skin from another source either by direct contact or by aerosol. Transient bacteria can cause infection on broken skin. Unless these bacteria can be removed effectively, they are likely to be spread from hand to food contact surface, thereby presenting a cross contamination risk. The type of transient bacteria on the skin will be varied and dependant on what has been touched. Pathogens such as Escherichia coli O157, Salmonella spp, Shigella spp and Clostridium perfringens can all be carried on the skin. In addition, high levels of transient microorganisms are found attached to hand, fingertips and fingernails surfaces after visiting the toilet and after handling raw food. These may include a significant number of pathogens. The number of transient bacteria on hands can be reduced by up to 3 log orders by following a single hand washing and drying routine. A double wash procedure has been shown to be effective in reducing contamination to safe levels even when hands are heavily contaminated.

The objective of the food handler when washing their hands should be to reduce the number of transient bacteria to a safe level. Germs that can cause disease can become trapped in dirt, grease and in the natural oils on the hands. Water alone does not remove them, but adding soap helps to break down the germ carrying oils. Soaps also facilitate rubbing and friction to remove any germs present on the hands.

A single wash procedure is required after the following situations:

After the following activities, which are likely to result in a large number of pathogens on the hands, a double wash procedure is recommended:

• After cleaning up human body fluids

• Changing or putting on a dressing or touching an infected cut, wound or boil

• After handling raw poultry, meat or vegetables prior to handling ready-to-eat food

A guide on an effective hand washing technique to help with successful infection control:

• Rub palm to make a lather.

• Clasp and rotate the thumb in the palm of the opposite hand. Then repeat with the other hand.

• Rub backwards and forwards over the palm with clasped fingers. Then repeat with the other hand.

• Rinse off soap with clean water and dry your hands hygienically.