A resident who was unable to access an emergency escape route during a fire was found standing on a windowsill hanging from guttering and had to be rescued by firefighters. 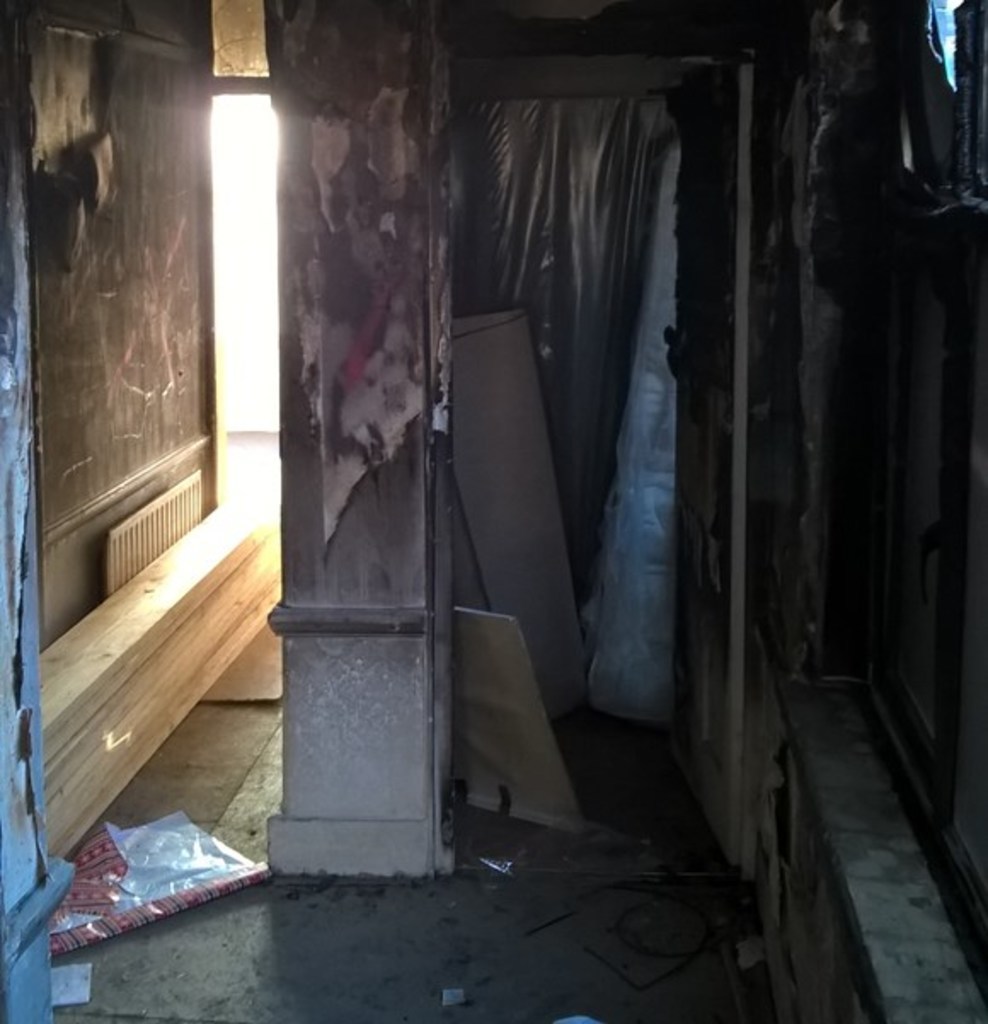 Management company Harper Stone Properties has been fined after pleading guilty to a series of fire safety failings following the 2016 blaze at the block of flats on Green Lanes in Palmers Green.

The company was fined £20,000 and ordered to pay £10,000 costs at Westminster Magistrates’ Court on Wednesday 5 February 2020 after London Fire Brigade inspected the property after the fire and highlighted breaches of the Regulatory Reform (Fire Safety) Order 2005.

The fire broke out in the common stairwell in the ground floor of the four-storey block on 14th August 2016. It spread through the stairwell to the third floor, preventing residents from leaving via the main stairs.

The premises had an external metal staircase to the rear of the building, but not all the flats had access to this emergency means of escape. When firefighters arrived they found a resident of one of the third floor flats standing on the windowsill of his property and hanging on to the guttering attached to the roof above the window.

He was rescued by firefighters and another 20 residents were able to leave the building. Fortunately, no one was hurt.

Inspectors found that the company had not assessed what aspects of the premises might pose a threat to the safety of tenants. They also discovered there were no emergency lights in the stairwell or common hallways.

Except in one instance, the individual entrances to the flats were not fitted with fire doors, which would help prevent a fire from spreading, and did not have self-closing devices. Glass panels in the front door were not fire-resistant.

Windows facing into a light well adjacent to the staircase were not fitted with fire-resistant glass and, in some cases, could be opened which would allow the spread of flames and smoke in the event of a fire.

The Brigade’s assistant commissioner for fire safety, Dan Daly, said: “This was a serious fire which could have had far worse consequences.

“Fortunately our crews were quickly on scene and were able to rescue the man who was hanging on for his life in what must have been a terrifying situation for him.

“There was a fire risk assessment carried out for this premises but those responsible for the building’s management had failed to act on its findings.

"There’s no excuse for leaving people’s safety to chance, especially when information is so readily available to those with responsibility for safety in buildings to understand what their duties are and ensure they comply with the law.”