The managing director of washroom services and water conservation specialists HSG has been recognised by the Institute of Directors at their annual East Midlands awards. 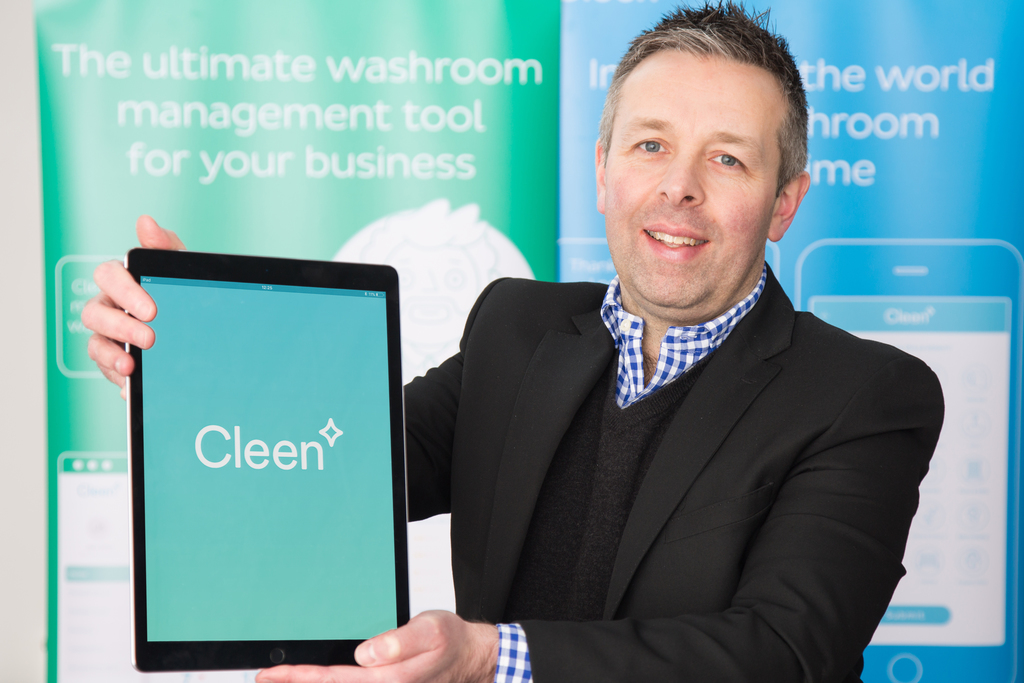 Simon Rice won the Innovation Category and was highly commended in the overall Director of the Year award.

Judges said he had demonstrated: “Some great examples of product and service innovation – solving problems and coming up with commercially-viable and marketable solutions.”

It was the latest accolade for the company which recently gained The Queen’s Award for Enterprise in Innovation for its Ureco system.

HSG’s system is described as the market leader in this field by using patented technology to improve the washroom environment at venues across the UK.

The Ureco stops smells by trapping urinal odours below the surface and reduces blockages through the patented enzyme system which breaks down the fat, acid and salt in urine. This enables the Uretech to reduce urinal flushes from around 96 times to just four times a day – saving money by reducing water consumption by up to 96%.

The IoD award was also made in recognition of the company’s latest development and launch of Cleen App and Dashboard – which is said to be the UK’s first integrated washroom services system and hailed as the ‘Trip Advisor’ for washrooms.

The Cleen App is free to download and enables customers and visitors to rate the washrooms in any type of venue from restaurants and shopping centres to sports stadia and airports.

These can then be viewed by other Cleen App users so that they can see which venues have good – and poor – washroom facilities and make a choice to visit accordingly.

In addition to the app, the Cleen Dashboard enables businesses and washroom services providers to have full and immediate access to reviews – highlighting the issues so that they can take action and directly respond to customer feedback.

Simon, who was among the region’s 32 successful, established emerging directors and business leaders in the finals, will now represent the East Midlands in the IoD’s national finals in London on 18th October.

He said: “This is turning out to be an astonishing year for HSG with The Queen’s Award for Enterprise under our belt and the successful launch of the Cleen App and Dashboard.

“Entering awards such as these enables us to re-evaluate our purpose and the benefits of our products and services to customers. It is always great to win and I look forward to representing the East Midlands with fellow category winners at the national IoD finals.”