Councils will have to recycle 70% of household waste by the end of the next decade under new EU proposals on recycling. This would require a significant increase in the proportion of UK waste diverted from landfill. 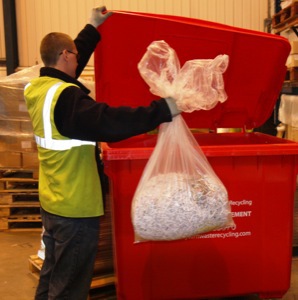 The European Commission also wants Member States to recycle at least 80% of packaging by 2030 as it toughens its stance on the amount of rubbish buried underground. By 2025, there would also be a total ban on sending waste to landfill that could have been recycled such as plastics, paper, metals, glass and biodegradable waste.

According to the Environment Commissioner, the new targets will create 580,000 new jobs across the Union.

The plan is based on the principles of a circular economy, which focuses on reusing, recycling and repairing products and materials instead of throwing these away – as it occurs in the so-called linear economy.

Environment Commissioner Janez Potocnik commented: "If we want to compete we have to get the most out of our resources, and that means recycling them back into productive use, not burying them in landfills as waste. Moving to a circular economy is not only possible, it is profitable, but that does not mean it will happen without the right policies."

He continued: "The 2030 targets that we propose are about taking action today to accelerate the transition to a circular economy and exploiting the business and job opportunities it offers."

Figures published by the Government in November 2013 showed that 43.2% of waste in England was being recycled in 2012/13. These proposals would build on existing regulations that require councils to recycle half of their waste by 2020.

These figures have grown rapidly over the past decade but the rate of growth seems to have stalled since 2010. Some observers believe that going beyond the 2020 target will be a significant challenge.

The Chartered Institution of Wastes Management (CIWM) however has argued that the UK can meet the new targets.

CIWM chief executive Steve Lee said: "We should be able to do it. Wales is already on course and Scotland and Northern Ireland have strong plans to do so. England should be no different, but much clearer and coordinated policy and communications from the Government, plus support for local authorities who are vital to this task, will be needed."

The proposals will have to pass to the European Council of Ministers and the European Parliament for debate by politicians before they come into force.

A spokesman for the Department for Environment, Food and Rural Affairs (Defra) suggested that the UK sees the extra costs involved in the plans as a critical factor.

"We think the Commission's proposals may have underplayed the potential costs to business, householders and local authorities and will want to consider the impacts fully before we respond. While we support efforts to reduce waste, we need to ensure that any new legislation would meet our priorities to protect the environment, incentivise growth and avoid unnecessary burdens."