The new compulsory National Living Wage (NLW) comes into force today, putting an obligation on employers to pay workers aged 25 and over at least £7.20 an hour– an increase of 50p. It is expected to give 1.3 million workers an immediate pay rise. 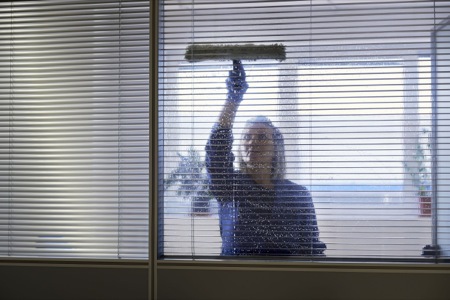 The policy was announced in last summer's Budget by Chancellor George Osborne, in an effort to create a higher-wage, lower-welfare economy.

Workers aged 21 to 24 will continue to be entitled to the National Minimum Wage of £6.70 an hour. The NLW is due to rise to more than £9 an hour by 2020, which would affect an estimated nine million workers.

According to thinktank the Resolution Foundation, the total wage bill across Britain is set to rise by £4.5 billion (or 0.6%), following the introduction of the NLW. This has led to fears of job losses across the country as companies struggle to pay the new higher wages. The independent Office for Budget Responsibility has warned that 60,000 jobs could go as a result.

Ryan Bourne, head of public policy at the Institute of Economic Affairs think-tank, said: 'Its introduction will make it too expensive for some businesses to take on young, low-skilled workers in jobs that provide essential experience. It is these vulnerable people who will be hit the hardest.

'The implementation of the NLW shifts both the purpose and means of wage setting. This is no longer about eliminating perceived exploitative pay, but about maintaining a more equal distribution in the bottom half of the labour market.'

The NLW is not to be confused with the Living Wage, which is independently calculated by the Living Wage Foundation based on the basic cost of living in the UK. The rate is voluntary and is currently set higher than the NLW at £9.40 an hour for London and £8.25 outside the capital.

The Living Wage Foundation has welcomed the introduction of the NLW, but urged businesses to 'aim higher' and pay more than the statutory minimum. Some employers have already pledged to do this.

'The job is not done when it comes to tackling low pay,' said the foundation's director, Katherine Chapman. 'Businesses who can afford to pay a rate that reflects the real cost of living should do so and join over 2,300 employers signed up to pay our higher voluntary Living Wage.

'For profitable business or those who see themselves as innovators and leaders, simply not breaking the law on pay is not enough. Many businesses want to aim higher.'

The TUC said the government needed to ensure that everyone benefited from the NLW.

'Britain desperately needs a pay rise, and this increase is good news for those aged 25 or older,' said TUC general secretary Frances O'Grady. 'But the government must ensure that younger workers are not left behind; 21 to 24-year-olds will not be seeing an increase. This is not fair. Future wage increases must narrow the pay gap between old and young.'

Meanwhile, middle-class households that rely on cash-in-hand cleaners, gardeners and car washers are among the employers deemed most likely to try to avoid paying the increased minimum wage, The Guardian reports. It says economists are warning that several million workers who operate in Britain’s shadow economy are at risk of missing out on the new NLW pay increases.