A CLEANING contractor, who is paralysed from the chest down following a freak accident, has won a £1million cleaning contract for the family firm with his old school’s multi academy trust. 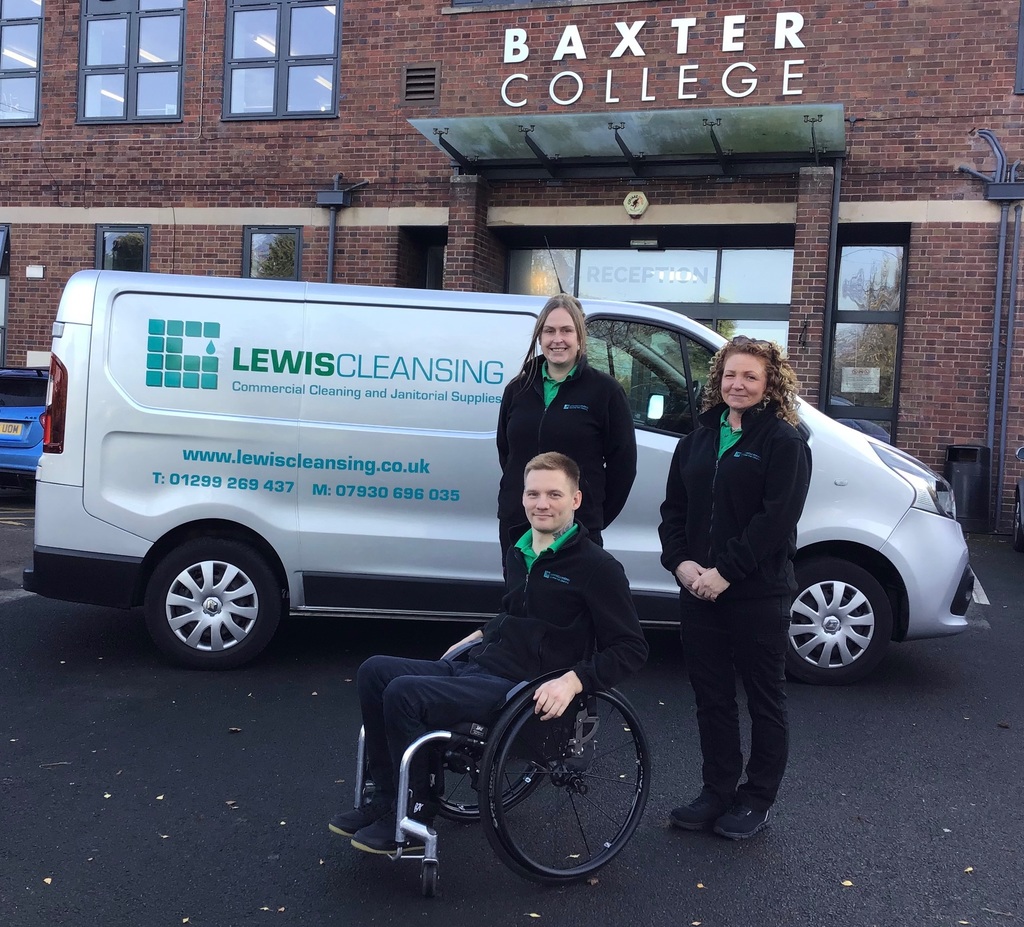 Harry Lewis was just 19 when he tripped over a carpet strip in a doorway and broke his neck, but at 27 is now office manager of Worcestershire-based Lewis Cleansing.

His mum Jenny, who was a cleaner herself, started the company in the village of Far Forest 15 years ago, and with dad Jason also a director and younger brother Charlie working as stores manager, the business has grown substantially with cleaning contacts across different sectors, including the NHS.

They were already providing cleaning services for primary schools belonging to the Severn Academies Educational Trust, Hartlebury CE, Stourport Primary Academy and Wilden All Saints, when Harry submitted the tender to add his former school Baxter College in Kidderminster and Stourport High School.

Mrs Lewis said: “Harry has been through so much and he is an amazing, inspirational person. I’m so proud he put together this successful bid – it really is the cherry on top of the cake.”

Harry added: “I feel delighted to have been given the chance. I really didn’t expect to win it because we’re a small company and we were going up against national firms.”

The three-year contact, with the potential of a further two years, has enabled them to employ an additional 20 people as well as taking on the existing cleaning staff at the two secondary schools.

Chris King, trust chief executive, said: “We were delighted to award the contract to this local family-run company who know our needs and are prepared to go the extra mile. They also work hard to develop their cleaners, driving up standards as well as caring for their wellbeing.

“I was not aware of Harry’s devastating accident and my heart goes out to him for the determination he has shown in making the very best of his life. He put together an outstanding bid, all credit to him.”