THE CLEANING and hygiene industry is suffering ‘severe’ staff shortages with the rate of vacancies having increased dramatically, according to a new survey of the industry. 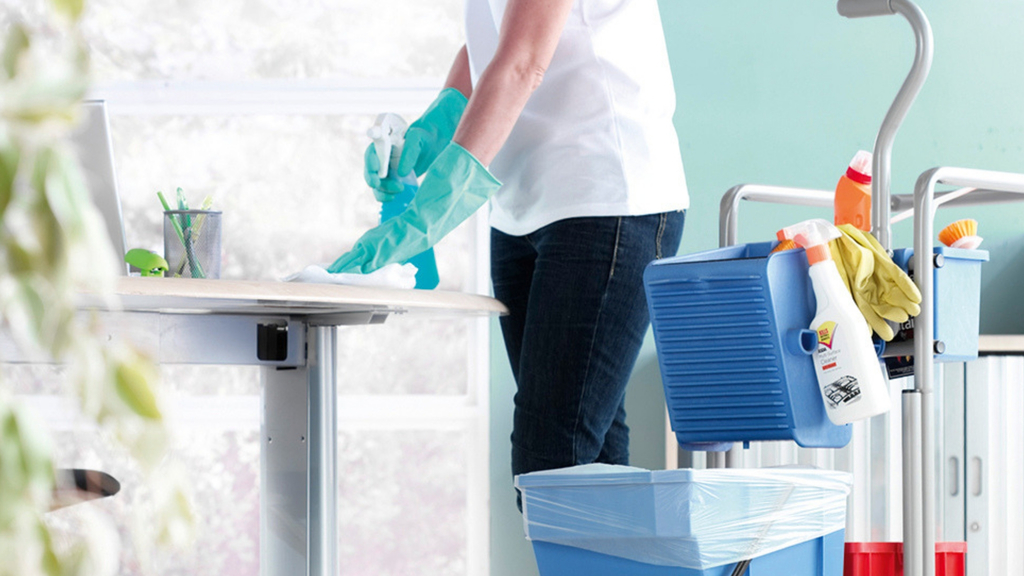 The recruitment problems facing one of the UK’s biggest industries could hamper the nation’s recovery from COVID-19, said industry body the British Cleaning Council (BCC).

There was also a warning that the healthcare sector was ‘heading for disaster’ and fears that transport, leisure and food hygiene, amongst many other sectors, could also be badly hit.

Some of the cleaning and hygiene industry’s biggest firms took part in the BCC survey. Between them, the 11 firms reported 1,917 vacancies in total, with one firm saying the number of vacancies had increased by 252% in the last six months, and another by 267%.

The majority of companies taking part reported staff leaving because they were foreign nationals going home or were employees moving to other jobs, such as truck driving or in hospitality.

Until now, the cleaning and hygiene industry has depended on employees of all nationalities and overseas workers are proving difficult to replace.

The BCC is calling for the Government to take urgent action to help it recruit the staff it needs.

It began raising concerns two years ago about the possible impact on the industry of planned changes to immigration rules, which took place early this year.

The scale of the issue has not been acted upon, said BCC Chairman Jim Melvin, who is also Group CEO at major cleaning contractor, The Exclusive Services Group.

Jim Melvin said: “Either the Government doesn’t know the scale of the problem the cleaning industry is facing or they don’t realise the potential hygiene issues that may be realised as a result.

“During my entire career, I have rarely known it to be as hard to recruit cleaning and hygiene staff as it is now. Firms all across the sector cannot get the staff they need and given the triple effect of the Immigration Act, Brexit and the pandemic, it is arguably unprecedented.

“Many foreign workers have now left and we can’t replace them by UK nationals, who traditionally have not joined the industry.

“Other staff are leaving for alternative jobs, such as driving HGVs or within other sectors that are actually receiving Government assistance. In the meantime, we are facing severe problems.

“Of course, it would help if we had the accreditation required by the Apprenticeship Levy in order to assist in making the cleaning and hygiene industry a career of choice. Whilst we trust that will change, it is not currently the case.

“During the pandemic, we’ve seen how essential good standards of cleanliness and hygiene are to protecting the public from the most recent virus, and now that is being threated because we are struggling to recruit the staff to do the work.

“For the avoidance of any doubt, our staff are professional, skilled workers who do a vital job and do it well.

“If this continues, it could affect the UK’s ability to fight this virus, and possibly any other, and in doing so there is clear potential for the health and safety of members of the public to be put at risk.

“We are urgently calling on the Government to work with us unequivocally to ensure that we have a short-term solution to recruitment of staff issues, whilst we also work closely together to ensure that there is a clear skills pathway to ensure the industry becomes an attractive career choice.”

The average vacancy rate across all 11 firms taking part in the BCC survey was almost 7.9% but two firms reported vacancy rates of 12% or more and one had a rate of 16.8%. Another company said that there had been 99 resignations in the last six months.

Delia Cannings, BCC deputy chair as well as National Lead for Education & Training at the Association of Healthcare Cleaning Professionals (AHCP), spoke about the recruitment crunch affecting the healthcare sector.

She said: “We have seen a mass exodus of cleaning staff across the NHS and the labour pool is diminishing at an alarming rate. The loss of cleaning personnel can be attributed to Brexit, immigration regulations and the pandemic, each contributing to the shortages in a daunting way.

“The national cry for HGV drivers and the attractive training packages and subsidies available has seen many cleaning operatives jump into this new opportunity.

“We are heading for disaster as a limited pool of agency staff, many without training, are sent into our hospitals to replace the leavers and provide an NHS cleaning service.

“Our healthcare cleaning heroes have battled throughout the pandemic to fight the virus but feel their contribution has been dismissed. The pandemic is not over and we continue to rely on them.

“We want the Government to recognise the skilled and essential role of cleaning and hygiene personnel across the sector and to support the industry to recruit the staff we need.”