A PILOT study to investigate whether microorganisms that remain present on poorly washed hands can be transferred beyond the washroom environment to clinical and patient areas has found that drying hands with paper towels as opposed to jet air dryers results in lower rates of virus contamination on hands and clothing. 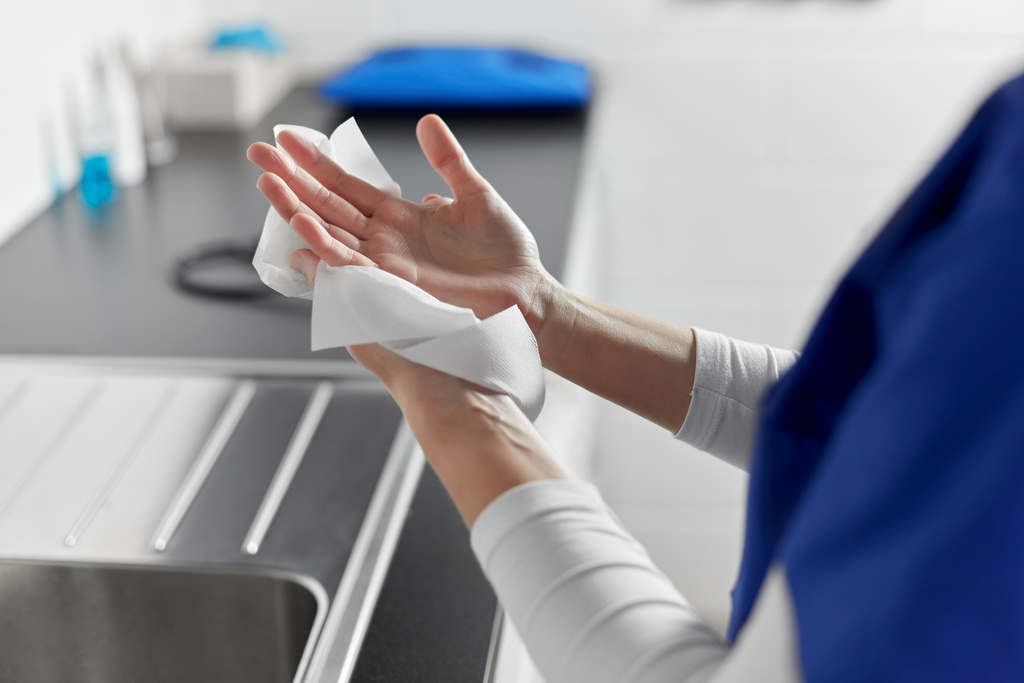 According to the pilot study the consequences of these different rates of contamination remaining on hands after drying were measured by sampling a series of surfaces to determine the extent of transmission of a virus beyond the washroom.

The study, peer reviewed in the latest issue of Infection Control and Hospital Epidemiology, was performed in a washroom in Leeds General Infirmary (UK) used by staff, visitors and patients. It was spaced over a 5-week period and investigated virus transmission beyond the washroom to surfaces in the hospital’s public and clinical areas.

A bacteriophage (a specialised virus that is harmless to humans) was used to represent microbial contamination following two types of hand drying: one using paper towels, and the other using jet air dryers. Volunteers sanitised their hands before immersion in a liquid containing bacteriophage; they did this twice, once with each hand drying method. Hands were shaken three times to remove excess liquid before drying. Volunteers also wore plastic aprons in order to be able to measure body/clothing contamination during hand drying.

The researchers – Ines Moura PhD, Duncan Ewin BSc, and Mark Wilcox MD – sampled the palm and fingertips immediately after drying to measure baseline hand contamination levels before environmental sampling. Volunteers then walked from the washroom on a pre-set route that included public and clinical areas. Samples were collected from environmental surfaces following contact with hands or apron. A stethoscope was placed around the neck, leaving the chest piece and earpiece in contact with the apron for some 7 minutes. Volunteers also crossed their arms across their chest for 2 minutes and then rested them on the arms of a chair for 3 minutes. Each surface was swabbed with a sponge-stick moistened with neutralising buffer, and surfaces were disinfected with chlorine wipes both before and after sampling.

The findings suggest a higher potential for microbial spread through the hospital following jet air dryer use – likely due to the increased risk of splattering on users. This is concerning because objects and surfaces can serve as reservoirs for microorganisms and be acquired via hand contact. The significantly greater contamination of items in close contact with healthcare professionals and patients – such as phones and stethoscopes – following jet air dryer use is particularly concerning. Minimising the potential for microbe dispersal is a fundamental principle of infection prevention. This study showed that the microbial contamination of the user’s hands or trunk following jet air dryer use was directly and indirectly transferred onto surfaces via hand, clothing or skin contact.

The pilot study findings question the use of jet air dryers in a hospital setting, and support the recommendations of German hospitals and the French SF2H that paper towels should be the prescribed method of hand drying in healthcare settings.