Research by the All Party Parliamentary Group on Sepsis has revealed that a high number of NHS hospitals are under-reporting cases of the killer disease sepsis, which kills 37,000 people a year in the UK. 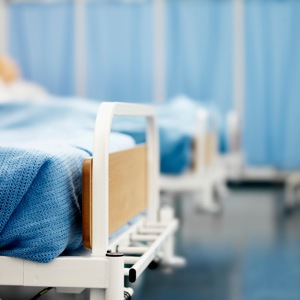 In England there are at least 112,000 cases of severe sepsis and septic shock each year, according to the All Party Parliamentary Group. This figure is nearly four times higher than the total reported by Trusts in response to Freedom of Information requests.

The data also reveals that less than a third of Trusts (30%) frequently give patients the critical antibiotics for severe sepsis within the first hour of hospital care.

Dr Ron Daniels, co-author of the report and CEO of the UK Sepsis Trust which provides secretariat to the All Party Parliamentary Group on Sepsis, said: "There is a pressing need to improve the way sepsis is recognised, recorded and reported. Sepsis is a frighteningly common condition accountable for as many admissions to hospital as heart attacks. Appropriate resources must be available to deliver immediate and ongoing care to patients and relatives."

Sarah Newton MP, Chair of the All Party Parliamentary Group on Sepsis, added: "Sepsis is a major killer and the first step to fighting it is recording it properly. There is huge room for improvement in how Trusts record sepsis and sepsis deaths.”

A life-threatening complication of infection, sepsis is a time-critical condition that can lead to organ damage, multi-organ failure, septic shock and eventually death. Hospital related infections leading to sepsis can be decreased by strictly following hand washing and hygiene protocols.