Listeria has always been a serious threat to the food and beverage industry and there are existing tools and protocols in place to manage it. Yet, whilst leaders in the industry have already implemented a zero-tolerance policy to the presence of Listeria in their food chain, others have taken a more relaxed view. 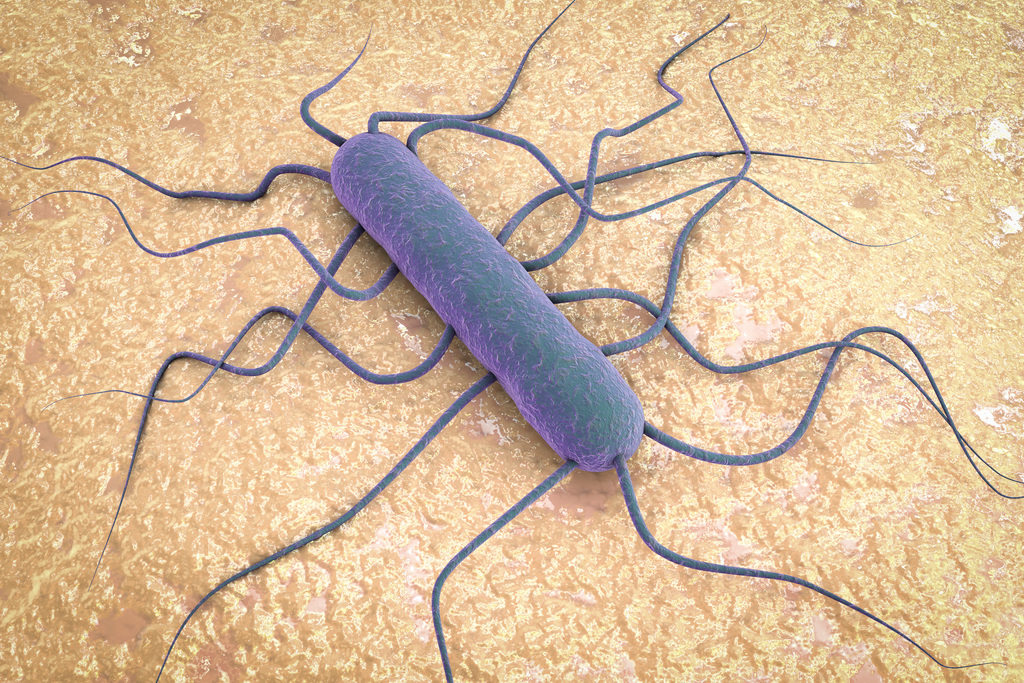 The resulting recent outbreaks indicate stricter standards should be implemented throughout the industry.

With good reason, the presence of Listeria is considered an indicator of general facility hygiene. Listeria is persistent and can survive in many different conditions making it incredibly difficult to control. Particularly problematic to manage for ready-to-eat food manufacturers, Listeria is widespread in our environment throughout soil, water, animal faeces, vegetation and carried by 10% of people. It grows in refrigerator temperatures and can survive freezing, as proven in the recent frozen food outbreak.

Crucially, it forms persistent biofilms on surfaces, which are resistant to cleaning and disinfection and creates reservoirs of contamination. To be managed effectively, rigorous hygiene protocols need to be implemented and enforced consistently, along with the use of an effective terminal sanitiser.

The risks of Listeria contamination

Symptoms of Listeriosis can take anywhere from one week to two months to show in an infected person. For most it will pass with only mild symptoms which do not require medical treatment. However, for those with weakened immune systems, or in vulnerable groups such as pregnant women, babies and the elderly, more serious infections and death is a real risk. In Europe, Listeria is the number one cause of death from foodborne illness, more than Campylobacter and E.coli combined.

The public are more acutely aware of these risks than ever, as the extensive reporting on the recent deaths of nine people in Europe and the subsequent recall of 50 frozen food products, from the majority of the UK’s supermarkets, demonstrates. Sadly, the notification of outbreaks and the reporting of issues are inconsistent across the EU and the problem could be much greater than we are aware of.

Manufacturing on a huge scale, combined with distribution via some of the world’s largest retailers, means that by the time an outbreak has been detected, contaminated product could be in thousands, if not millions, of homes.

Indeed, the current news follows an outbreak in South Africa last year, which was confirmed as the world’s largest ever Listeria outbreak, resulting in over 1,000 cases of Listeriosis including 180 deaths detected over the course of a 14-month period. Understandably the South African government was heavily criticised for not detecting the source of contaminated product sooner.

To allow consumers and retailers to trust the quality of their food, it is vital that manufacturers are implementing a holistic approach which includes a review of cleaning protocols as well as the chemicals they are using to clean their facilities and their employee hand hygiene.

Whilst there is always going to be a balance of required level of efficacy vs cost, manufacturers and retailers alike are responsible for ensuring that the food they produce is free from pathogens. Chemical manufacturers are, in turn, responsible for ensuring their products are not just effective in a laboratory, but also fit for purpose and that their claims are rigorously supported, as many existing products and strategies simply do not deliver in ‘real world’ conditions.

Byotrol products are said to provide exceptional Listeria control in factory environments as well as in laboratory conditions and have been used by some of the largest grocers and food manufacturing groups in the UK, having demonstrated fast-acting and long-lasting efficacy even at low temperatures and in both wet and dry conditions.

Byotrol products have been formulated to work in cold conditions, where traditionally biocides have been less effective and to impact the biocides in which Listeria may reside. Byotrol surface sanitisers and sanitising wipes are QAC-free and are effective even at low concentrations. Their residual efficacy provides on-going efficacy against Listeria and other bacteria in between cleans to provide additional assurance and peace of mind.

The British Frozen Food Federation (BFFF) advises changing terminal sanitisers routinely as bacteria including Listeria can become resistant to chemical compounds. Byotrol’s surface sanitisers and sanitising wipes have been formulated with Byotrol technology, a combination of biocides which work together. This is designed to prevent Listeria becoming resistant and ensures the products are just as effective even after long-term use.

When food security is paramount, Listeria control needs to be made a priority. Byotrol’s highly efficacious performance and long-lasting antimicrobial efficacy through its residual technology, offers a technical as well as an economic and logistical solution.