A NEW SURVEY uncovers the most annoying kitchen habits across the UK> From piles of dirty dishes to unwashed tea towels, these are the pet peeves Brits face in the kitchen on a daily basis. 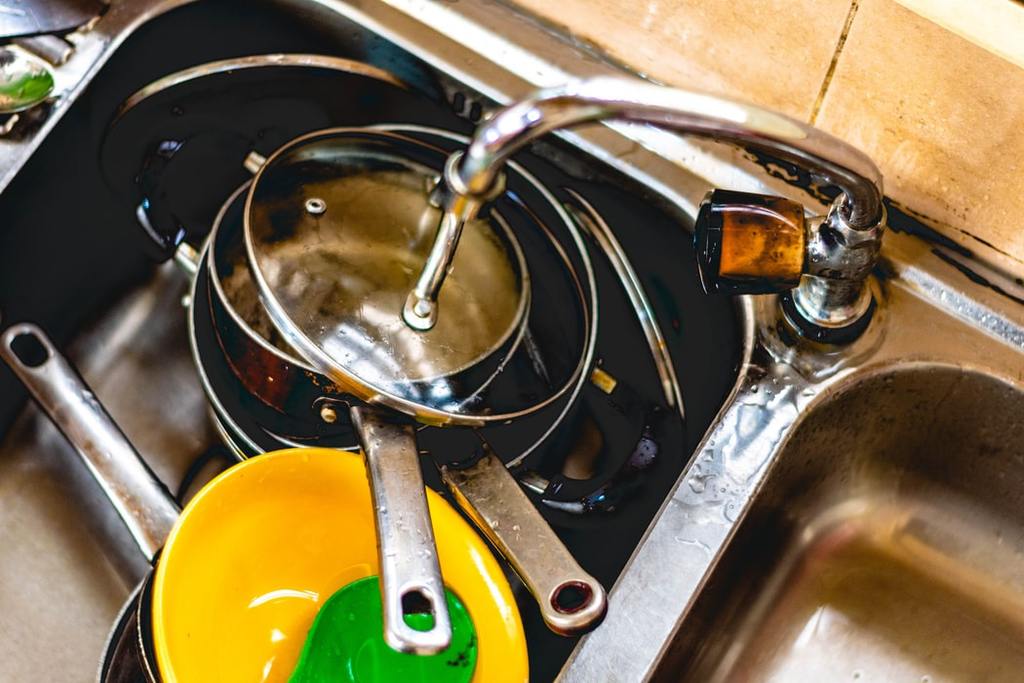 Magnet has polled 2000 UK residents to uncover what the nation's good and bad habits are when it comes to preparing our meals, and the biggest pet peeves about the kitchen between couples, friends and families.

The research revealed that one in four are irritated by something in the kitchen. Of the most annoying kitchen habits, leaving dirty dishes piled up in the sink was named as the most irritating – the biggest pet peeve for a quarter of the UK.

Coming in second was not wiping counter tops down after use, also with 25% saying this is the most annoying habit that their partners, family members or housemates have.

When looking at those who admit to having this habit themselves, residents of Southampton and Nottingham are the guiltiest, with 33% of respondents admitting to leaving a mess on worktops. Sheffield residents follow them with 32% guilty of this habit, and Bristolians are close behind with 30% admitting to this bad behaviour.

The survey also revealed that the frequency of some kitchen chores varies by household. A quarter of the UK admitted to not changing their kitchen sponge at least once a month; experts recommend this is done monthly at a minimum, or twice monthly if they’re particularly unclean. What’s more, 2% of men and 4% of 16-24-year olds admitted they had never done this in their lifetime.

Cleaning and de-scaling the kettle was revealed to be the most neglected chore, with 15% of respondents saying they have never done this task. Those ages 45 to 54 and the over 55s were the guiltiest of this (18% and 21% respectively), while 25- to 34-year-olds are the least guilty age group (6%).

Removing the limescale build up in the kettle is important for reducing boiling time, which helps save energy. In contrast, the most-regularly performed chore is cleaning the hob, with 33% of respondents saying this is done daily in their kitchen. Meanwhile, 3% say they undertake this task just once a year.

The extent to which bad habits like these annoy people varies from city to city. In Manchester, 35% say that dishes piling up in the sink is their biggest pet peeve, despite 10% of locals admitting to being guilty of doing it themselves.

It’s a similar story in Edinburgh, with 34% saying this is their biggest annoyance, while 19% of the local population admit this is a bad habit of their own. In Plymouth, leaving food to rot and go past its use-by date in fridges or cupboards is the biggest irritation, and only 4% of the locals say they are guilty of this themselves. Locals of Plymouth are the city most guilty of not wiping counter tops (9%) however, so they’re not totally off the hook.

On the other hand, residents in Norwich largely think they are excellent kitchen-users. Half of the respondents from Norwich said they have no bad habits in the kitchen themselves, despite 26% of the local population saying their biggest peeve is when others fail to wash dishes properly, leaving them dirty or greasy for the next user. Those in Cardiff hate it most when the kitchen sink is clogged with food, with 26% citing this as a pet peeve, and only 4% admitting to being guilty of it themselves.

The research also suggests that behaviours change depending on whose kitchen they’re in. For instance, people are twice as likely to wash the dishes, clean the hob and help clean the kitchen at a partners’, friends’, or family members’ house than in their own home.

For couples and families, causing a mess in the kitchen is the biggest pet peeve (15% and 12% respectively). Meanwhile, for flatmates, not being offered help to clean the kitchen really grinds their gears (9%). Never washing the dishes annoys couples (12%) and families (10%) more than it does flatmates (8%), yet it’s no surprise that leaving rotten food in the fridge and causing mess in the kitchen rank within the Top 5 most annoying habits of those living in shared accommodation (8%).

For the full research, visit the Magnet blog https://www.magnet.co.uk/advice-inspiration/blog/2020/november/kitchen-etiquette/