Comparison clean-up from Cromwell Polythene for the Great British Spring Clean indicates a reduction in littering and benefits of Clean Driver Scheme. 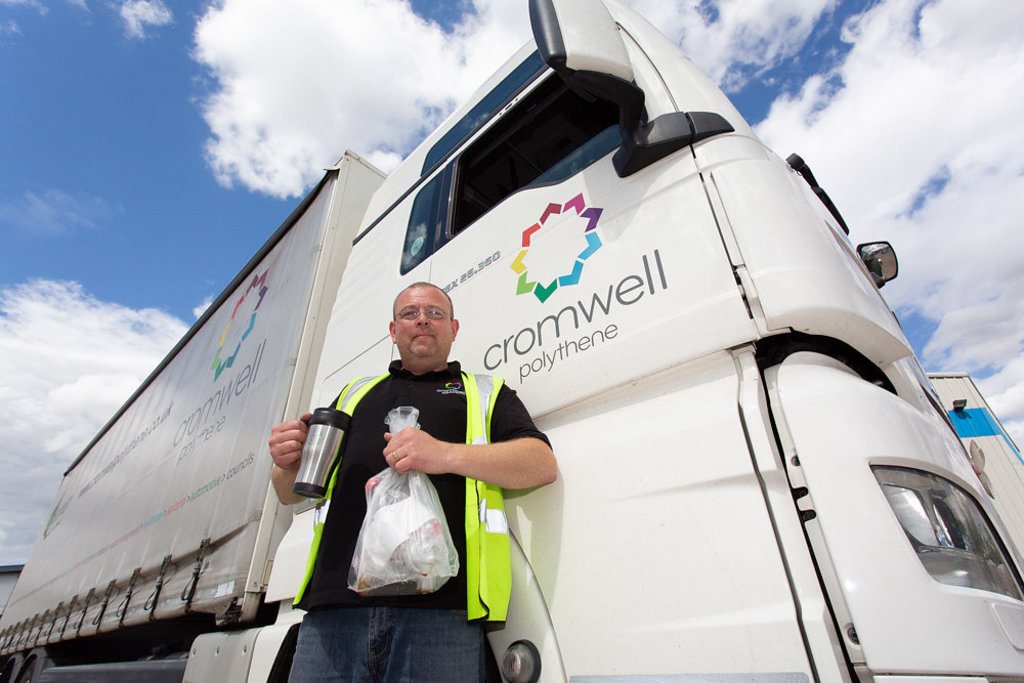 Results from a voluntary clean-up by Cromwell Polythene in its local area to support The Great British Spring Clean 2019, indicate levels of rubbish have decreased significantly compared to last year.

The family-run business, which supplies a range of polythene products to aid recycling, annually supports the Keep Britain Tidy environmental campaign to eliminate litter and end waste. Last year, Cromwell Polythene collected 67.3kgs of litter over a three-hour period from the Sherburn Industrial Estate where it is based. Its 2019 action in the same area led to a collection of 11kg in 1.5 hours – an impressive 68% reduction!

Cromwell Polythene and a number of other companies based on the Sherburn Industrial Estate also support the Clean Driver Scheme. This innovative project was launched in their business environment last August by Selby District Council. Funded by the Waste and Resources Action Programme (WRAP), it encourages lorry drivers visiting the district to dispose of their rubbish responsibly.

Businesses signing up to the scheme receive an in-cab tidy package that gives drivers litter bags for their rubbish, reusable coffee cups, and pocket ashtrays to encourage responsible rubbish disposal.

Drivers taking part in the scheme display their support with cab window stickers. The package also includes information about local facilities, such as litter bins, in graphics format so the information will be accessible to drivers from other countries.

James Lee, managing director of Cromwell Polythene said: “It’s great to see that levels of discarded rubbish have decreased significantly across the same area compared to results from our previous year’s Great British Spring Clean activity. We believe this campaign, together with the Clean Driver Scheme has led to a substantial reduction in local littering, by encouraging recycling and responsible behaviour. There is, however, still room for improvement across, not just our estate, but all public places. It’s important that we all continue to take more care for our environment, to make a real difference in our local communities.”

Selby District Council conducted its own analysis of the Clean Driver Scheme which also revealed a positive impact. They carried out litter monitoring for three consecutive weeks prior to launching the campaign to gather baseline information. Further monitoring of the same areas was conducted four weeks after the launch, for a three week period. Results saw a reduction of 30% and 46% in two of the areas monitored.

To get involved in the annual Great British Spring Clean visit www.keepbritaintidy.org/get-involved/support-our-campaigns/great-british-spring-clean

For more information about The Clean Driver Scheme visit www.selby.gov.uk/cleandriverscheme