Dust extraction specialist Dustcontrol UK has launched a redesigned version of its ambient air cleaners, updating the specifications to improve efficiency and versatility. 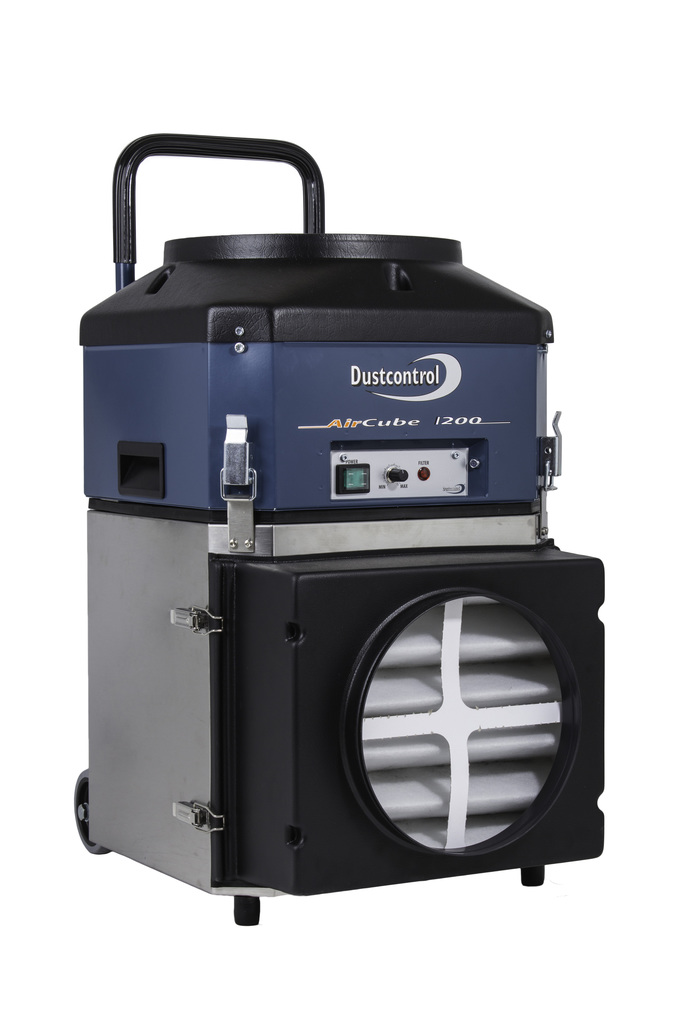 The Dustcontrol mobile extractor range has been modified to improve its extraction capabilities, allowing the end user greater flexibility with the inclusion of a newly designed filter that helps to lessen the risk of dust being released during the course of changing the filter, whilst also allowing for an additional hose attachment.

The front filter that previously wrapped around three sides of the DC Air Cube 1200 and the DC Air Cube 2000 models have changed to a 315mm inlet that sits alone on the front, with a cartridge filter inside. The remaining sides are now in stainless steel, which is said to improve robustness, overall appearance and the machine’s longevity, with units expected to last a minimum of 7-8 years before needing to be replaced.

The newly designed models come at the same cost but changing the filter is now much easier and there’s less risk of releasing dust when replacing an old one. This is important when dealing with hazardous dusts like silica dust, which has the capacity to cause incurable lung diseases such as silicosis as well as occupational asthma.

In addition, the ability to attach a hose or duct to the 315mm inlet means that the user can attach it to a canopy or locate the Aircube in a different area/room from where the extraction is taking place, making it much more versatile.