THE NATIONAL Health Service has been awarded the George Cross by the Queen for its services and response to the pandemic. 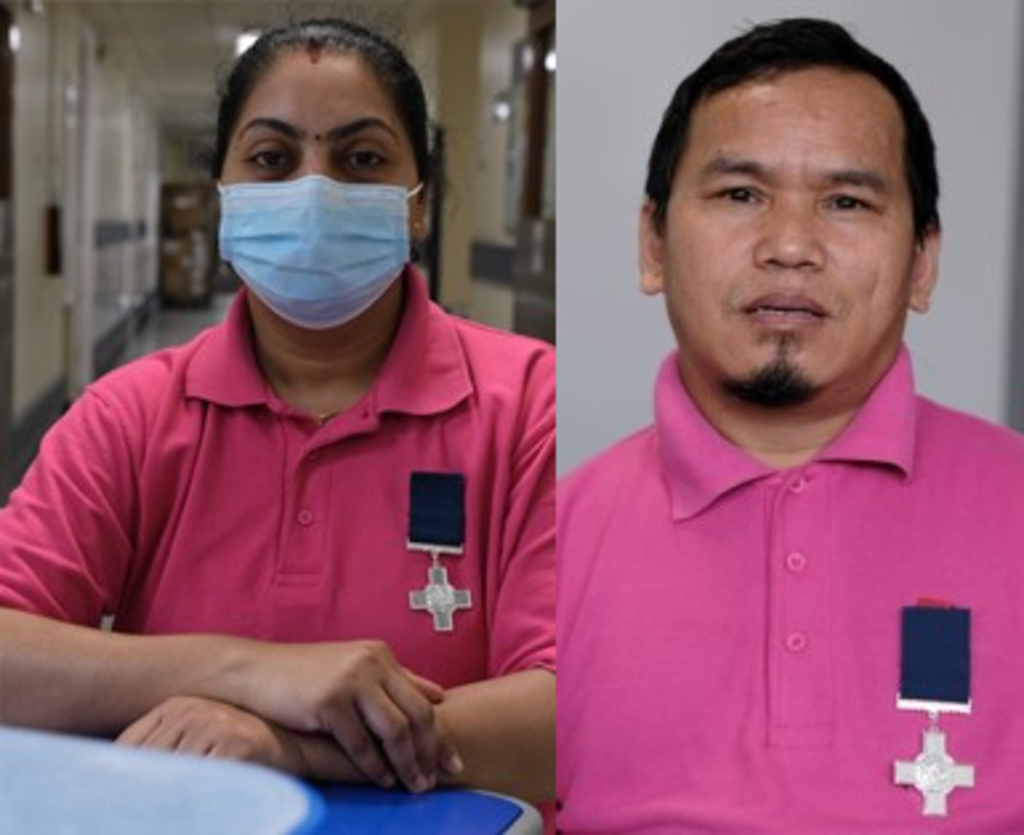 It is the third time a group has been given the medal which is the highest award bestowed for non-operational gallantry or gallantry not in the presence of an enemy.

The Queen, in a hand written note, said: “This award recognises all NHS staff past and present, across all disciplines and all four nations. Collectively, over more than seven decades, you have supported the people of our country with courage, compassion dedication, demonstrating the highest standards of public service. You have our enduring thanks and heartfelt appreciation.”

Northwick Park and Ealing hospitals, which were among the worst hit in London, extended their gratitude to all its support staff including people like rapid response cleaner Shilpa Kotian and Purna Ghale (pictured).

The award has only been given to a group twice before. Islanders on Malta received the medal for courage during German bombing in WW II and the Royal Ulster Constabulary for its fight against terrorism in 1999.