This year, Canary Wharf became the world’s first commercial centre to be awarded Plastic Free Community status by Surfers Against Sewage. Catherine Hackett spoke to Canary Wharf Group’s head of sustainability, Martin Gettings, to find out how they did it 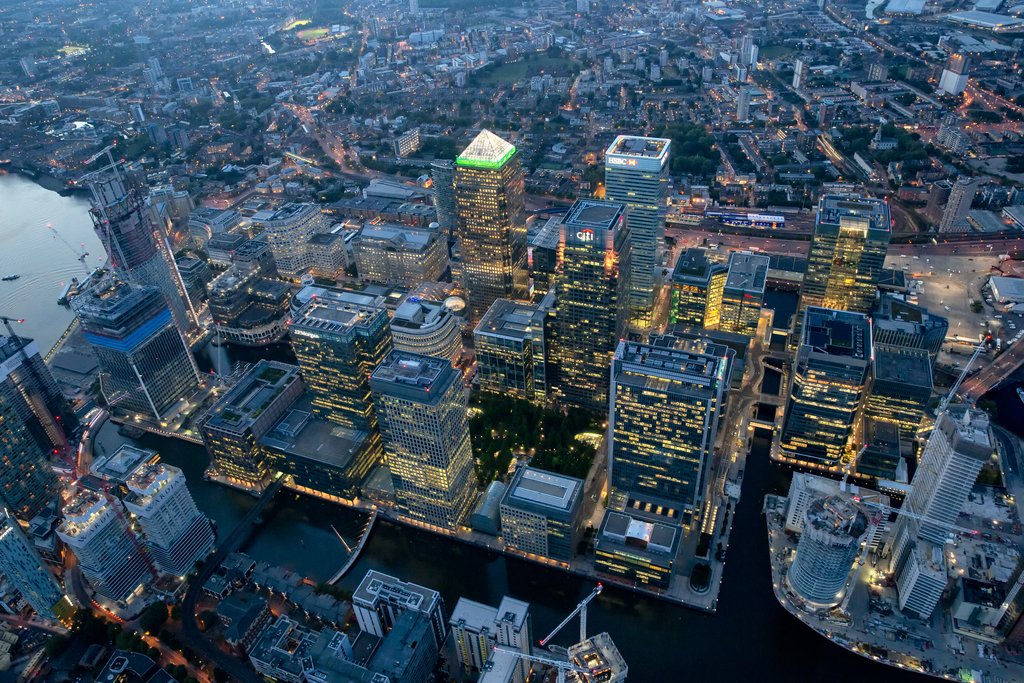 The campaign helped to eliminate over 2 million items of avoidable single-use plastic, recycle over 4 million coffee cups, remove over 1 million plastic straws on the estate – and more.

In recognition of its work to reduce single-use plastic, Canary Wharf was awarded Plastic Free Communities status by marine conservation charity Surfers Against Sewage in June 2019 – making it the first commercial centre in the world and the first district in London to achieve this certification.

With a working population of around 1,200 people across 37 office buildings and more than 300 shops, cafés, bars and restaurants, how did CWG turn ambition into action in just one year?

“Since Canary Wharf’s formation in the early ’90s, we were clearly implementing sustainability: social value, energy efficiency, climate resilience, security, wellbeing, best practice and high quality place-making,” he says. “But to achieve our longer-term aspirations, we needed to enhance credibility and build momentum in some existing and new areas, but above all we just needed to start talking about sustainability as a single plan.”

A number of achievements helped CWG to build the momentum it needed to take sustainability to the next level: its zero-waste-to-landfill policy across all Canary Wharf-managed areas since 2009; a high rating of BREEAM 80.1% Excellent; Full Project FSC(c) Certification; as well as finishing runner-up three times in the Considerate Constructors Awards for its 20 Fenchurch Street project.

As the project workload increased, CWG created a team to champion sustainability across the company, from project concept development through to construction, facilities management, tenant services and visitor experience. At the same time, it created a long-term sustainability strategy called ‘Making Sustainability Real’ .

“Climate Action, Circular Economy, Health & Well-being and Responsible Sourcing are the building blocks of our long term strategy because they are the most important issues for us and our stakeholders,” Gettings says.

A key element in ensuring maximum efficiency is Veris’ close relationship with Cawleys, which is the group’s waste management and recycling partner.

Back-of-house operation includes waste-sorting tables ensuring every bag of waste on the estate is sorted, maximising recovery and minimising contamination. Clear and simple signage in service yards encourages waste segregation by retail tenants. Retailer engagement is at the forefront with every retailer on the estate provided with a ‘Making Sustainability Real’ (MSR) pack, and an engagement team carrying out visits every month.

CWG has also launched initiatives and innovations across the estate with input from stakeholders via surveys and public-facing events.

“These type of campaigns are agile and can be deployed and embedded to suit emerging trends and themes, but all align within our long-term overarching goals,” Gettings says.

Following a poll of the people who work and live in Canary Wharf to determine which environmental and social issue they connected with most, single-use plastics took 46% of the votes. In response, ‘Breaking the Plastic Habit’ was launched in June 2018 – a year-long scheme to pilot new technologies, innovations and behavioural change approaches that could help remove the need for single-use plastics. Also key was a commitment to become the world’s first Plastic Free Commercial Centre, working in partnership with Surfers Against Sewage.

Fifteen water refill stations are now installed across the property developer’s retail and commercial spaces to encourage visitors to use refillable vessels rather than buying single-use drinks bottles. They have been collectively used more than 100,000 times to date.

To reach those who continue to choose drinks in single-use plastic bottles, CWG invested in a smartphone app that uses artificial intelligence and machine learning to encourage visitors to its estate to recycle. Developed by tech startup HELPFUL, the app uses smartphone cameras to scan plastic water bottles and disposable coffee cups before telling the user where the nearest recycling bin for the item is. Once they have reached the recycling bin, customers can log the fact they have deposited the cup or bottle and receive rewards that can be exchanged for items such as reusable tote bags and coffee flasks.

As for plastics that make it into the estate’s waterways, CWG has installed a SeaBin, which ‘sucks’ floating plastic waste out of the water in the middle dock.

As part of this, companies using CWG’s office buildings, shops, cafés, bars and restaurants were asked to remove at least three single-use plastics products each, replacing them with more sustainable alternatives. Where possible, businesses were encouraged to eliminate all uses of single-use plastics.

Now that CWG has achieved its Plastic Free Community status, it will work with companies that occupy its office, retail and leisure spaces to further reduce single-use plastics. The firm has a dedicated steering panel to accelerate progress.

For companies looking to follow in CWG’s footsteps, Gettings says people, rather than targets and strategies, are what make sustainability real.

“It’s vital that the right people are included and brought on board at the right time, and that includes inside and outside the organisation from across the whole value chain,” he says.

“Changing people’s perceptions of sustainability is always a big challenge, but it really doesn’t need to cost more or create additional work. If we embed sustainability from the start of a project, it will end up saving time and money in the long term.

“It’s important to understand a bit of behavioural psychology to get things moving – gamification, competition, reward, recognition, gifting of ideas etc. We all must engage with each other to find out how best to collaborate. To quote [Peter] Drucker, ‘culture eats strategy for breakfast’, and working with an organisation’s culture is the best way to change behaviour, but through this the culture changes a bit too!”

The next 30 years will see the Canary Wharf estate and the group continue to grow, with a 11 million sq ft commercial development pipeline and 5,000 residential units to be delivered. “Our long-term sustainability vision and strategy is at the heart of these development plans,” Gettings says.

“Today the public’s attention is rightly demanding that we address single-use plastics, but this is just the start. Once we have started tackling plastics we will find it easier to start looking at wider issues like circularity, responsible sourcing, wellbeing and carbon.”

He concludes: “Science tells us we have a decade to fix sustainability. But it’s the next few years that will determine if we get on the right path. It’s my goal to get Canary Wharf firmly on this trajectory because, if we do, it will bring a lot of other business along too.”