A floating contraption designed to remove waste from the sea has successfully picked up plastic from a large island of rubbish in the Pacific Ocean for the first time. 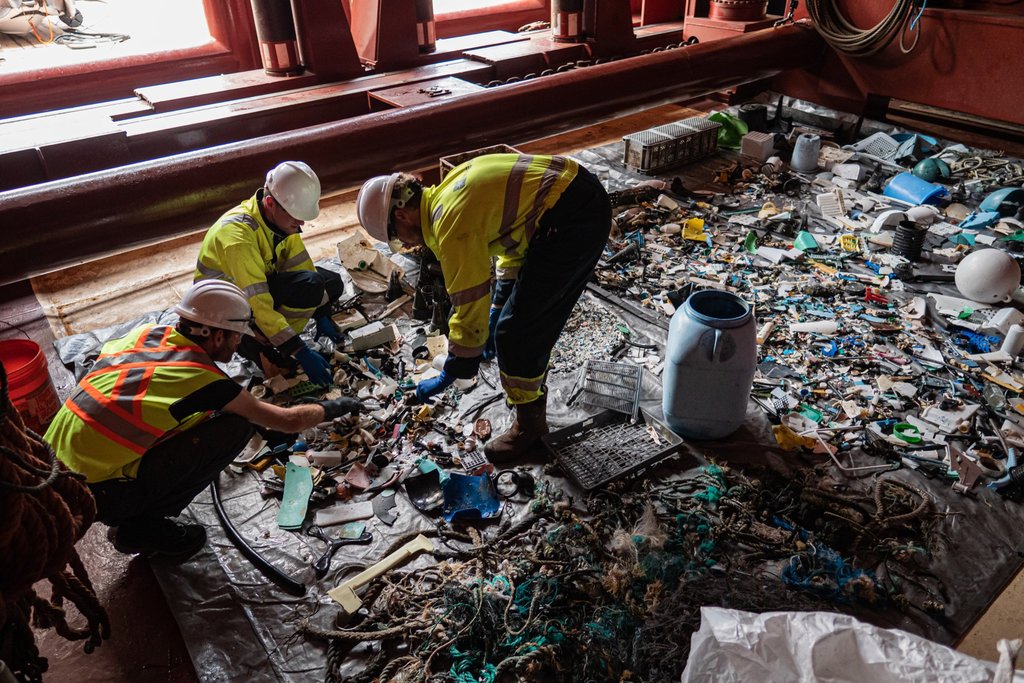 The creator of the Ocean Cleanup project, 25-year-old Dutch inventor and engineer Boyan Slat, announced on Twitter that the 600 metre-long free-floating boom had captured and retained larger pieces of debris and small microplastics from ‘the Great Pacific Garbage Patch’, which is about three times the size of France.

Every year, about eight million tonnes of plastic waste flows into the oceans from beaches around the world. Ocean currents pull the rubbish together into these enormous islands of floating debris.

The plastic barrier device floating on the surface of the sea has a three metre-deep (10ft) screen below it, which is intended to trap some of the 1.8tn pieces of plastic without disturbing the marine life below.

The device is fitted with transmitters and sensors so it can communicate its position via satellites to a vessel that will collect the gathered rubbish every few months.

In a video statement Slat said: “We now have a self-contained system in the Great Pacific Garbage Patch that is using the natural forces of the ocean to passively catch and concentrate plastics … This now gives us sufficient confidence in the general concept to keep going on this project.”

The plastic gathered so far will be brought to shore in December for recycling.

In a statement Slat said there remains “much more work to do” to reach the next stage in the plans.

This includes scaling up the device and making it more durable so it can retain plastic for up to a year or possibly longer before collection is necessary.

The project was started in 2013 and its design has undergone several major revisions.

During a previous four-month trial the boom broke apart and no plastic was collected. Since then, changes have been made to the design including the addition of a “parachute anchor” to slow down the device’s movement in the ocean, allowing for faster-moving plastic debris to float into the system.