LEAFIELD ENVIRONMENTAL, a Wiltshire based company has designed and manufactured a cup recycling bin range to support many national coffee cup recycling schemes including the #LeedsByExample campaign run by Hubbub, which has recently won a national recycling award (January 2021) for its unique collaborative on-the-go recycling success. 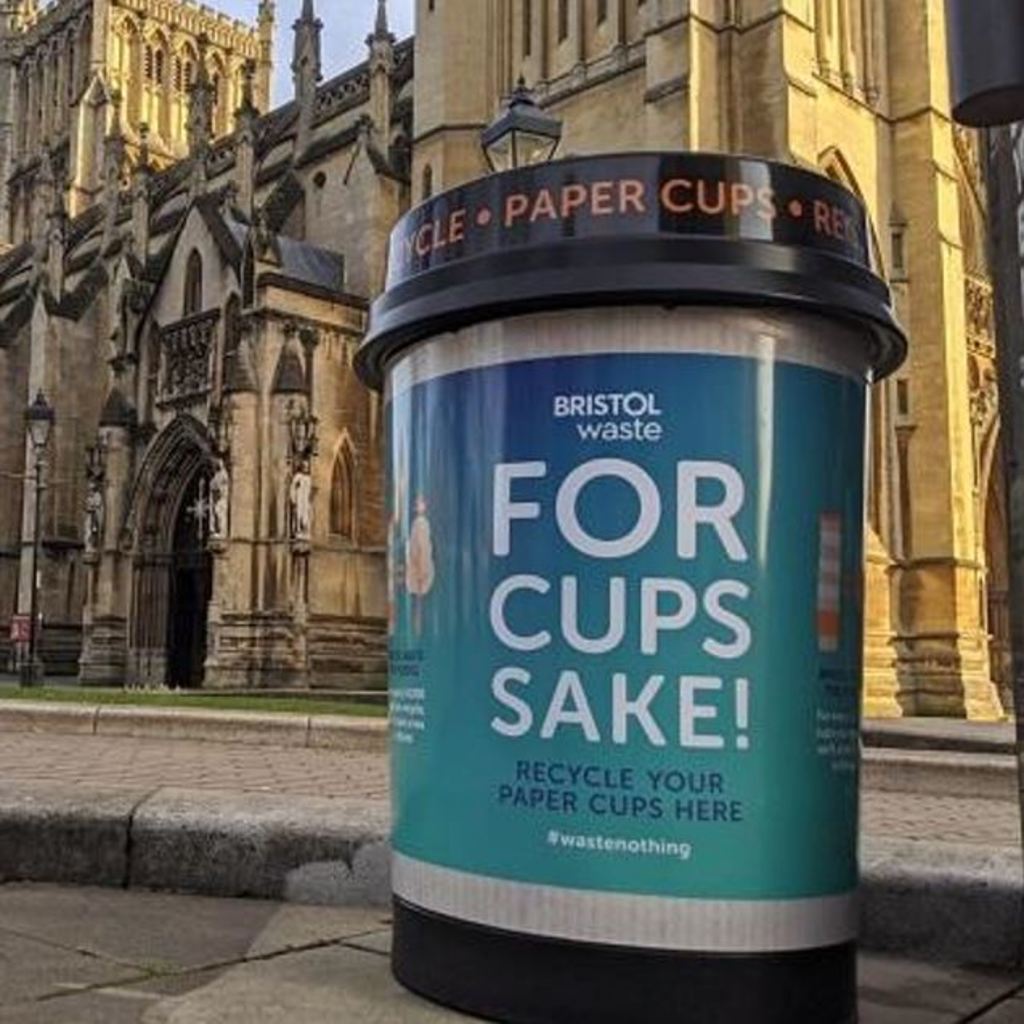 The Envirocup Grande cup bins were also used as part of the Bristol’s ‘For Cups Sake’ coffee cup recycling campaign in January 2020. Organised by Bristol Waste Company and funded through the ‘The Cup Fund’ by Hubbub. The initial campaign has been so successful that more Envirocup Grande cup bins will be rolled out across Bristol in the coming months.

The Envirocup Grande cup bin has been designed to collect cups through its six circle apertures and lids through a designated aperture. Everything is clearly labelled for ease of use. The empty coffee cups are stacked inside collection tubes for easy emptying and cleaning. Any excess liquids can be emptied into the removable central integral 7.5 liquid reservoir. The standard colour of the body is bright orange and bespoke colour, and graphics are available upon request. All graphics are moulded in during the manufacturing process to minimise dirt traps.

Leafield also launched the Envirobank cup bin as part of the #LeedsByExample campaign to collect larger volumes of empty coffee cups in its 240-litre wheelie bin. Its distinctive ‘bright orange smiley face’ was designed for quick identification in high footfall areas. The coffee cups are collected through its double hole aperture. The enhanced double wall structure has been designed for ultimate rigidly and durability. Bespoke colour and personalisation are available upon request. The Envirobank cup bins were also used as part of Edinburgh’s first on-street cup recycling #InTheLoop scheme in December 2019.

Philip Maddox, managing director at Leafield Environmental said: “We understand the growing need to recycle single used coffee cups ‘on the go’ and in office and food service environments. That’s why we launched the Envirocup Grande cup bin, a unique ‘coffee cup shaped’ bin for people to recycle used coffee cups easily. It was designed and manufactured by our in- house team in Wiltshire and launched with Hubbub as part of their #LeedsByExample coffee cup recycling campaign. Following its success, we are delighted that more cities like Bristol are using our distinctive cup bin to increase coffee cup recycling. We have also launched a Envirobank cup bin to collect larger volumes of coffee cups as part of the #LeedsByExample campaign and Edinburgh’s #InTheLoop coffee cup recycling scheme.”

Leafield has a wide range of cup recycling bins in various sizes.