Cleaner Purna Ghale was one of thousands of UK citizens caught abroad when travel restrictions were suddenly brought in to slow the spread of Coronavirus around the globe. 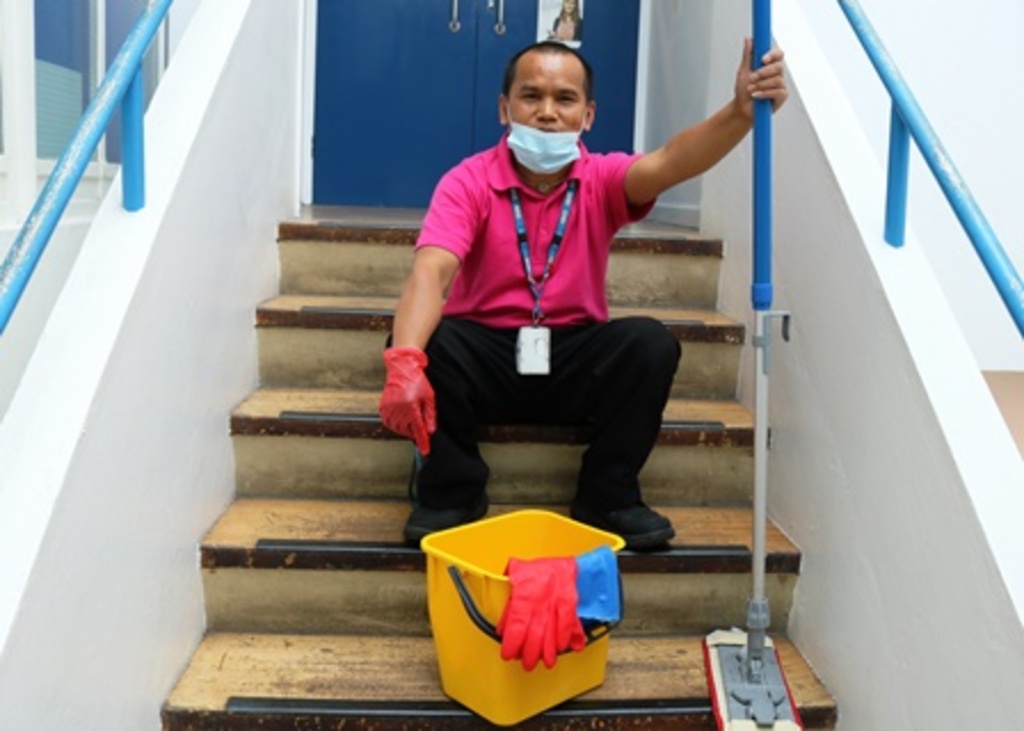 The 43 year old who works for Medirest at Northwick Park Hospital was visiting family in Nepal when he heard his return flight has been cancelled.

He spent another three weeks in Kathmandu before the government arranged for a flight to repatriate nearly 300 British citizens.

Purna, who has worked at the hospital for 16 years, said special transport was laid on to collect people from their homes as the Nepalese capital went into total lockdown.

“There were only a handful of reported cases in Kathmandu but the lockdown is very strict in Nepal. The police and army patrol the streets and very few people are allowed outside.

“It was a relief to get back to my family in the UK,” said the married father of two who lives in Edgware.

Purna came straight back to work and is one of hundreds of non-clinical staff who keep the hospital running behind the scenes.

He added: “I’m just doing my bit like everyone else.”

London North West University Healthcare NHS Trust (LNWUH) is one of the largest integrated Healthcare Trusts in the country, providing hospital and community services to the people of Harrow, Brent and Ealing.