Businesses convicted of the most serious cases of corporate manslaughter – as well as health and safety and food hygiene offences – are to face tougher penalties potentially running into millions of pounds. 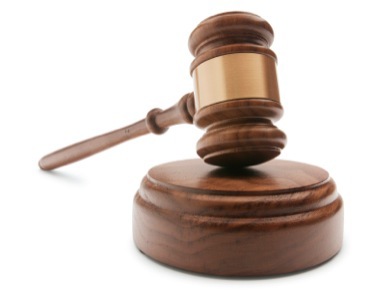 For the first time, new sentencing guidelines have been published that will instruct magistrates and judges to take into account the company’s turnover, profits and directors’ pay when deciding the level of a fine.

Offences that come under the guidelines could include a firm that causes the death of an employee by not providing the proper equipment for working at height, a restaurant that causes an outbreak of E.coli poisoning through unsafe food preparation or a manufacturer that causes injury to a new worker by not providing training for operating machinery.

While prison sentences are available for individuals convicted of very serious offences, most offences are committed by organisations and therefore fines are the only sentence that can be given.

The Sentencing Council said: "The increase in penalties for serious offending has been introduced because in the past, some offenders did not receive fines that properly reflected the crimes they committed.

"The Council wants fines for these offences to be fair and proportionate to the seriousness of the offence and the means of offenders."

The Sentencing Council does not anticipate higher fines across the board, but higher fines are possible in some cases - particularly those involving large organisations committing serious offences - such as when an organisation is convicted of deliberately breaking the law and creating a high risk of death or serious injury.

The guidelines set out sentencing ranges that reflect different levels of risk of harm.

Corporate manslaughter always involves at least one death, while health and safety breaches can pose a minor risk or lead to multiple fatalities. Food offences can range from poor hygiene or preparation standards in a restaurant kitchen that put customers at risk of illness to failings that cause fatal food poisoning.

An offending firm's turnover will be used as a starting point for the size of the fine. "Particular attention should be paid to turnover; profit before tax; directors’ remuneration, loan accounts and pension provision; and assets as disclosed by the balance sheet," say the new guidelines.

Offences can attract an unlimited fine but the expected range of penalties depending on culpability, harm and turnover are: £50 to £10million for health and safety breaches, £180,000 to £20million for corporate manslaughter and £100 to £3million for food safety and hygiene offences.

Sentencing Council member Michael Caplan QC said: "These guidelines will introduce a consistent approach to sentencing, ensuring fair and proportionate sentences for those who cause death or injury to their employees and the public or put them at risk. These offences can have very serious consequences and it is important that sentences reflect these."

Rod Ainsworth, director of regulatory and legal strategy at the Food Standards Agency, commented: "They will ensure that there is consistency in sentencing for food safety and food hygiene offences across the country. They will also ensure that offenders are sentenced fairly and proportionately in the interests of consumers."