Occupational skin care company Deb Group has launched OxyBAC, which it claims is the safest and most effective antibacterial hand wash for use in any food handling, general workplace, public facility or social care environment where higher standards of hand hygiene are required. 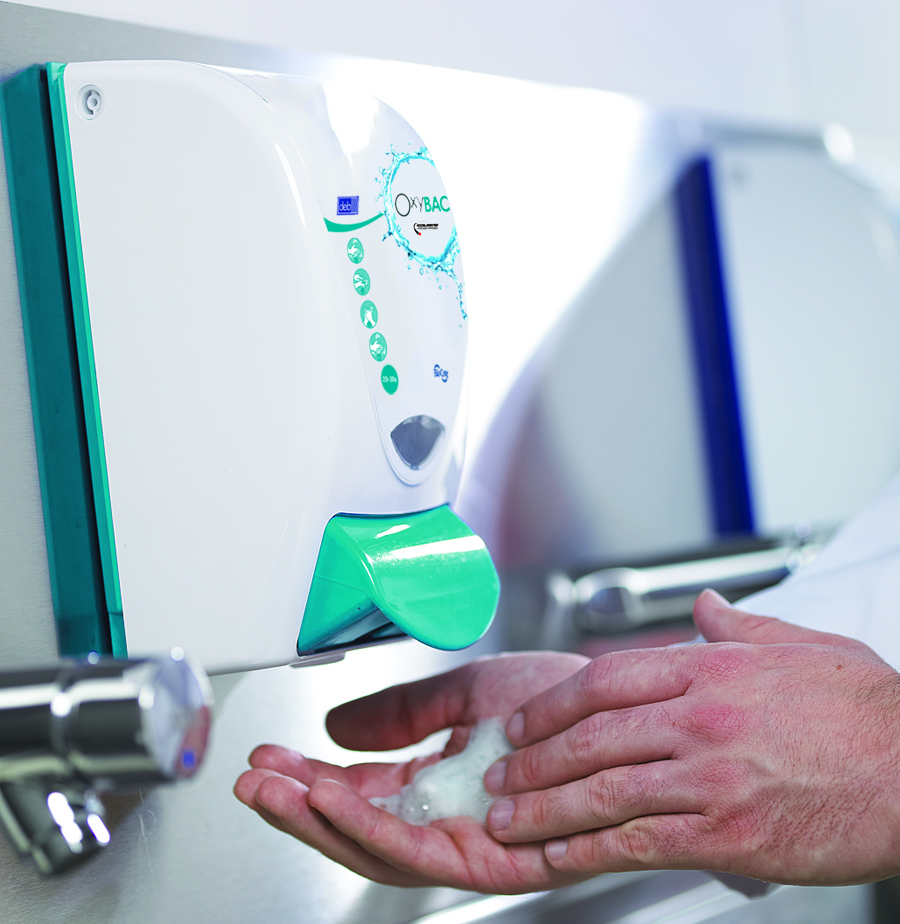 Dr John Hines, R&D Director at Deb, explains: "The active power of OxyBAC is hydrogen peroxide which, unlike all other biocidal actives, has the unique benefit of simply breaking down into water and oxygen after use with no environmental or human toxicological impact. Also, when AHP comes into contact with germs it releases free-radicals which act non-specifically on multiple cell targets to kill germs in such a manner that prevents antibacterial resistance."

Deb’s R&D team have been working for over eight years to perfect the science of incorporating AHP into a foaming hand wash formula that apart from being highly efficacious also has an excellent physical cleansing performance, with good skin feel during and after use.

Dr Pierre Grascha, chief scientist at Deb, says: "The powerful oxidising action of hydrogen peroxide has long been known for its antiseptic germ-killing properties, but the challenge has been to stabilise it in a synergistic blend of commonly used, safe ingredients that both kills and cleans whilst being safe for the environment and the user.

"Using internationally accepted protocols, independent test laboratories have shown that OxyBAC will kill 99.999% of many bacteria in just 30 seconds, which is truly exceptional for a hand wash product."