A vacuum-cleaner collector is amongst those leading the pack of Britons in this year’s Guinness World Records. 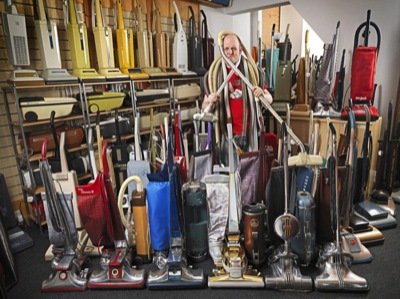 The new book, which is released on 12th September, features James Brown – the proud owner of 322 vacuum cleaners. The new Guinness World Record holder has so many of the appliances that he has even opened his own museum.

The 33-year-old from Hucknall in Nottingham began collecting the cleaning devices as an eight-year-old when his parents bought him his first one. The unusual collection is even more surprising because Mr Brown supposedly hates cleaning up.

When asked if he will celebrate his position in Guinness World Records with a sweep around the house, he said: "I won’t be cleaning. I don’t enjoy house work."

His prized collection isn’t particularly valuable as most of his models are old and common, however there are certain cherished items such as some of his Kirby and Scott & Fetzer devices.