The movers and shakers of the industry gathered together at the BCC conference to gain expert insights to help their businesses work smarter and more efficiently. Gerardine Coyne reports 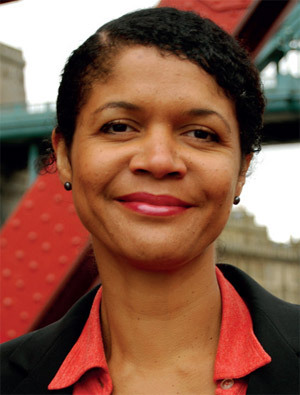 The movers and shakers of the industry gathered together at the BCC conference to gain expert insights to help their businesses work smarter and more efficiently. Gerardine Coyne reports

Speakers at the BCC conference in London on 23 October covered a number of issues pertinent to the cleaning industry, with a focus on innovation, the workforce and the economy.

Shadow Minster for Innovation and Science, Chi Onwurah (pictured below) said that Labour backed an innovation economy that supports small businesses and long-termism. She claimed that Downing Street still has 'an 80s mindset', in that, 'they get out of the way' where business is concerned, simply letting industry get on with it. She also stated that in the Enterprise and Regulatory reform bill there was 'not one' policy for enterprise. Onwurah claimed Labour wanted an active industrial strategy which would lessen the North/South divide. 'We recognise we haven't got things right, but at our heart is the belief in shared investment and shared rewards.' She then quoted Ed Miliband's words, 'We have to make it a little easier for producers and a little harder for predators'.

Onwurah then moved onto the idea of 'Responsible Capitalism', stating, 'I'm pleased to hear work toward a living wage in the cleaning industry. That's what we need for a fairer society.' The minister then looked at wider finance. 'We need access to capital and research and development'. She said Labour was looking towards the US and Germany which actively support business. Onwurah argued that we need competitive markets that work against vested interests, backed up with skills and finance - she also touched on the idea of a statebacked investment bank which shouldn't back 'bad business.' She also reached out to the cleaning industry, saying, 'We would like you to help us in finding out about your innovations.'

Skilled workers
The idea of skills was continued by Daniel Francis, employer account manager at the National Apprenticeship Service. He gave details about the scheme - a work-based training programme designed for employers by employers leading to nationally recognised qualifications. The premise is that by taking part, employers tackle the skills shortage, develop an accredited workforce and re-skill existing staff. He claimed 80 per cent of employers said skills reduced staff turnover. From the floor, Andrew Large played devil's advocate, suggesting that frequent staff movement through TUPE and the end of contracts was an argument used against training as the employer doesn't benefit. However, Francis argued that skills are increasingly being built into procurement contracts, especially in construction; 'Our view is that this will spread over to other industries,' however, he did admit that TUPE was 'a tricky issue'.

Future growth
Guest speaker Andrew Neil gave his opinion on the state of the economy saying that the British economy is smaller than it was five years ago. He said that living standards have fallen, but that more people have kept their jobs due to wages not increasing. Neil said change will happen, inflation will come down and there will be a small boost to the economy. He also predicted that businesses will start to invest again, in part due to the European Stability Mechanism, a new European Union agency designed to safeguard financial stability in Europe, reducing fears of 'Eurogeddon.' Neil said he believed the third quarter would have strong growth but that this will then pan out to a lower level of growth. His final opinion was that we will not get back to the 2007 economy until 2016.

In it for the long haul
Another speaker to push the idea of responsible capitalism was Sir Michael Darrington who ran Greggs for 25 years. He is behind a campaign 'Pro-Business against greed' which challenges excessive executive and banker pay. The pasty aficionado said, 'I have a high regard for your industry - you are critical - the only issue that gave me sleepless nights was food safety and hygiene!'

His advice to industry was long-term business building: 'Have a rough plan, focus on customers and staff, focus on doing 'the right thing' as opposed to just making money, show determination and resilience, organic growth is better than acquisition, have fun!' Darrington also defended his anti-greed ideals. 'I refute the belief that challenging executive and banker pay is anti-business - it is a smokescreen for greed. And greed is undermining the view of business.'

Darrington stated that the real wealth generators are entrepreneurs - 'they're not concerned about tax breaks when building up their business.' Another problem with current business models, according to Darrington, is that making profits for shareholders, means business strategies are only short-term. 'We must all work together to change attitudes - especially in the boardroom. Tax avoidance stinks!'

Coming away from the conference it was clear that a purposeful new sense of responsibility is making itself felt across the business sector, with both Government, business and associations campaigning for business to thrive, but in a way that doesn't destroy itself from the inside out. Steady growth, fuelled by innovation and a determination to be the best is what will make a brighter future for the industry.
MORE FROM THIS COMPANY