Is the Government right to axe the school refurbishment programme 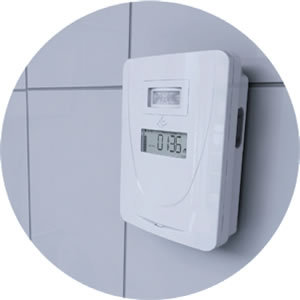 There has been much debate about the decision to axe the £55 billion rebuilding scheme for schools. We all know that the recession has been long, hard and unforgiving that shows no signs of ending soon and the Government has a huge deficit to repay.However, is hitting the education system hardest, the core foundations of our countries future, the right strategy to repay this debt?

The education secretary,Michael Gove said 715 planned redevelopments would not go ahead by insisting the cuts were necessary, with one cabinet member claiming â€œsparkling schools do not mean good educationâ€.

Mr Gove did however say that for 706 schools, where work was about to begin, the school rebuilding project would go ahead.

However,Treasury Chief Secretary Danny Alexander announced that the education department would be worst affected by the Governments drive to reduce costs, with energy efficient programmes set to be among projects that will be cut.

In fact, some products, such as a water saving device for urinals, not only saves the environment by reserving water, they also help reduce costs. Restricting access to these money saving products is not what most people would see as 'the future of schools'.

But is the Government justified in its decision?
Spending cuts to refurbish schools would mean a vast majority of teaching facilities would be left old, stagnate and out of date. Unclean and inefficient classrooms & washrooms would be the norm - not a vision that the Government had for schools when it set out to revamp educational facilities.

Hence why, a flush management system in a school washroom would be an invaluable investment as it is a cost efficient and environmentally friendly way of reducing costs and would be part of every school's future. Purchasing a water saving device is a very small outlay compared to the large cost savings on water that these devices can offer - fitting schools across the country with a reliable system would save the government hundreds of thousands of pounds per year, every year, enabling them to complete projects similar to the school refurbishment project.

The Government has previously said that it wants all schools to be sustainable by 2020, however if recent cuts are anything to go by, this will be impossible to achieve without investment in more eco-friendly projects.

There are no quick solutions to repay the deficit but it is obvious that as a country we need to find new ways of living in order to keep costs at a minimum and stop them spiralling out of control. Recent history has shown that old techniques do not work, so why not try new sustainable products that are proven to reduce costs? By the time our Government realises this, it could be too late.

Louise Goldsmith is the marketing manager for Vectair Systems.
MORE FROM THIS COMPANY