A lot on their plate

Under a new law to protect food allergy sufferers, food businesses will be required to list full ingredients on pre-packed for direct sale foods. Catherine Hackett examines the potential impact on contract catering 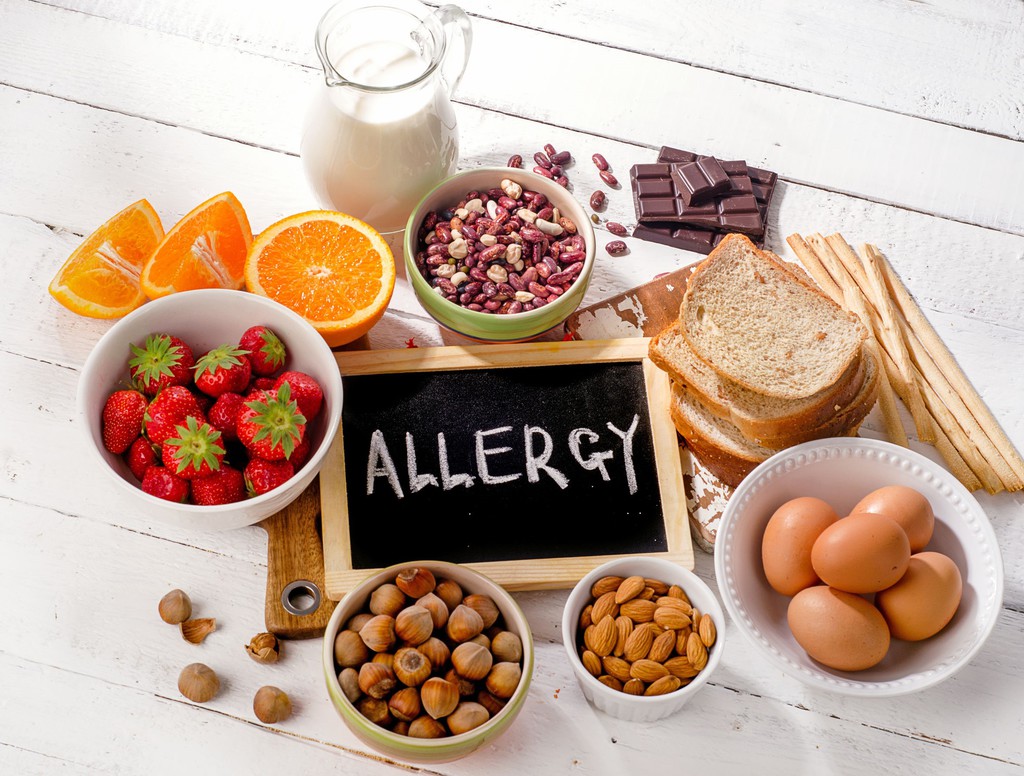 Natasha Ednan-Laperouse, 15, died in 2016 after having an allergic reaction to sesame in a Pret a Manger baguette. The item did not have any allergen advice on its wrapper and there was no legal requirement for it to do so, but the coroner investigating her death criticised Pret’s labelling – and the whole UK system – as “highly inadequate”.

Celia Marsh, 42, died the following year after eating a vegetable flatbread containing a yoghurt that was supposed to be free of any milk products but was found to be contaminated with dairy.

Megan Lee, 15, also died in 2017 following an asthma attack after eating a takeaway that she ordered online.

Every one of these deaths took place after allergen-labelling legislation designed to prevent such occurrences came into effect in December 2014.

In the wake of the headlines that followed these incidents, the hospitality industry came under fresh scrutiny over its allergen management, and pressure began mounting on operators to overhaul their approach.

Then in June 2019, following a consultation on food labelling, the Department for Environment, Food and Rural Affairs (Defra) announced that food allergy sufferers are to be protected under a new law.

Introduced by Secretary of State for Environment, Food and Rural Affairs Michael Gove, "Natasha's Law" – named after Natasha Ednan-Laperouse – will require all food businesses to include full ingredients labelling on foods that are pre-packed directly for sale. The legislation, which will apply to England and Northern Ireland, is due to come into force by summer 2021.

But what impact could this have on contract catering and how has the sector responded to the increased spotlight on allergens so far?

According to Kate Law, nutritionist and founder of the Food Boss, news of the deaths last autumn initially sparked fear within the contract catering sector.

“That’s fear from the allergic employee but also fear from contract caterers in terms of where they stand with risk and where they’re liable,” Law said.

“From that perspective, I've had a lot more enquiries around what is, for example, gluten-free labelling and: ‘What do we say to the customer?'"

But according to Ben McEwen, director at contract caterer Lexington Catering, there wasn’t a knee-jerk reaction to changing procedures and processes.

“The legislation of 2016 meant that most contract caterers were already doing more than was required,” he said, referring to the new rules as contained in Regulation (EU) No 1169/2011 on the provision of food information to consumers (FIC).

Likewise, Diana Spellman, managing director of Partners in Purchasing, which buys food and beverages for a wide range of companies and corporations, says she has been preparing the supply chain since the introduction of the Food Safety and Hygiene (England) Regulations 2013.

This food safety legislation places an obligation on food business operators to ensure that all their activities are carried out in a hygienic way. It makes it an offence to supply food that is unsafe or harmful to human health.

“It has been quite a steep learning curve and quite tricky – there’s an immense amount of technical complexity about not only making sure that each of the foodstuffs have the allergens identified but also that the allergens are kept separate,” she said. “So when we check a supplier or a wholesaler as part of our audit, we make sure that no cross-contamination can take place within the manufacturing plant or the supply chain warehouse.”

Under current rules – the UK’s Food Regulations 2014 – food prepared on the premises in which it is sold – such as a packaged sandwich or salad made by staff – is not required to display allergen information on the package.

In contrast, pre-packaged foods made in factories and sold in supermarkets or convenience stores are legally required to have full allergen labelling.

The new legislation will tighten the rules by requiring foods that are pre-packed directly for sale to carry a full list of ingredients, Defra said.

The problem with the current law, according to Julian Fris, founder of facilities management consultancy Neller Davies, is that there are grey areas.

“If you’re making sandwiches in a central production unit somewhere, you can keep to a tight specification and rigorous auditing,” he said. “But if you're making the products on site where it is being consumed, potentially they might get around that because they’re coming under the banner of ‘fresh’.”

Fris therefore believes the new law will have the biggest impact on the high street and not in controlled environments where contract caterers operate such as in workplaces, hospitals or educational establishments.

“If you’re buying a service in [such as contract catering], you can clearly specify what you need,” he said. “But some people are going out at lunchtime to buy their food on the high street instead of eating in a staff restaurant – and that’s not so specified.”

However, Fris thinks the current law has possibly had an adverse effect on the reputation of contract caterers. “Whilst contract caterers are highly compliant, we’re seeing street food, we’re seeing retailers coming in who might undermine that a little bit – and that’s highlighting the grey areas in the law, because they haven’t followed that through.”

If this is the case, contract caterers should benefit from a general raising of standards across the hospitality industry.

However, we should be wary of providing too much information to customers in case that also creates confusion, according to Fris.

“It’s about how much information we can give people overlaid with food safety requirements, and other requirements that you have, so really it’s about how we can do that in a much more efficient manner – and the way we go about it is engaging with the caterers, the clients and everybody else.”

Paul Bates of contract caterer Talkington Bates believes educating staff and consumers and improving all forms of communication – not just food labelling – is key when it comes to dealing with allergens.

"Prior to any service time at Talkington Bates, we have a debrief so the whole team within the catering department comes out to the counter with the head chef and catering manager and every item is discussed: how it was cooked, what's been put into that dish, where the allergens sit,” he said.

In the UK, Defra estimates that 1-2% of adults and 5-8% of children have a food allergy, and more have intolerances.

“What we try to do is highlight those people and verbally communicate with them – try and find out what they’re looking for and what allergies they have – but labelling is also key as well as communication through notifications and highlighting on the menus,” Bates added.

According to Law, the way we communicate with the younger generation still needs to be addressed.

“They don’t call a lot – it’s all texts, it’s all online, and absolutely there’s an opportunity for us to enhance that communication,” she said.

While contract caterers may be more equipped than other types of businesses to abide by the new law, it’s not just about allergens anymore. With an increase in specialist dietary requirements, contract caterers are also having to adapt to people’s lifestyles and choices.

“Working with various people as a nutritional coach, I’m seeing a rise – and the statistics support this – in terms of people that are voluntarily choosing to go gluten-free, dairy-free, to cut out certain allergens from their life,” Law said.

“So not only do we have people that are the allergic consumer, we also have this population that are voluntarily doing that – so we have to go with that because they’re also a market.”

The move towards more personalised diets has led Lexington Catering to work with restaurant chain and software company Vita Mojo, which uses the latest technology to allow customers to customise their meal, such as increasing the protein content or reducing the amount of fat.

McEwen explained: "Part of that is putting in allergen information so it will only show you menu items which are suitable for your diet. It takes away the fact-finding from the customer and puts the information in their hands.”

It’s also geared up to the increasingly non-verbal communication patterns of millennials.

Whether a typical kitchen team will be able to adapt to personalising every meal, though, is another question.

Fris argued: “It’s just impossible with contract caterers to eventually meet the requirement of all the customers if they’ve all got to have special kitchens. And it forces the issue against fresh food being prepared in your unit to having to go out to specialist operators.

“I think it’s more about education – it’s not just about having an app, it’s about the individuals themselves, and going about it in a certain way.”

Although Natasha’s Law is due to be introduced this summer, businesses will be given a two-year implementation period to adapt to the change.

The trade body that represents the UK's hospitality sector acknowledged the "sensitivity" around the legislation being introduced, but cautioned that new food labelling practices could be "impractical and potentially hazardous".

Kate Nicholls, chief executive of UKHospitality, said: "We are worried that full ingredient labelling is going to prevent the kind of dialogue we need to promote.

"Some smaller businesses may struggle with the unwieldy new legislation and it is almost certainly going to lead to much less choice for customers.

"There is also a risk that the new measures, which will not circumvent cross-contamination and will be open to mislabelling, will only promote a dangerous reliance on labelling."

The new legislation follows a Government consultation in January that saw overwhelming support from consumers for full ingredients labelling, which was backed by the Food Standards Agency (FSA).

FSA chair Heather Hancock said: “The impact of food allergy and intolerance on quality of life can be as great or even greater than almost all other foodborne diseases.

“While it’s impossible to eliminate the risks entirely, we believe this change will mean better protection for allergic consumers.”

Some of the key selling points of contract caterers are that all meals are produced from fresh ingredients, cooked on the same day they are eaten, the menus are constantly changing and the allergens have been segregated.

Not only that but, Bates said, “The skill levels of chefs within the contract catering industry is comparable to five-star restaurants. The reason being is the job is Monday to Friday and they get their weekends and evenings off – and they’ve drifted into the industry.”

Law said the new legislation presents a challenge: "Are we in danger of losing that talent and reverting to a de-skilled workforce? Because we’re going to have to work off some form of set recipes or menus to enable us to provide that [allergen] information.”

This could prove problematic as the need to attract highly skilled chefs will only grow as workplace dining becomes increasingly recognised by companies and organisations as playing a key part in staff health and wellness plans, as well as in talent acquisition and retention.

“Staff welfare is high on the agenda, and we’ve noticed that the financial investment that companies are prepared to put into that as a contract catering company has increased,” Bates said.

If this is true – and the creativity and flair of its chefs can be reconciled with the new labelling requirements – the contract catering sector is in robust shape to face any challenges ahead.

Some of the comments and opinions expressed in this article were part of a live panel debate that took place at The Facilities Event earlier this year. The next show will take place on 28-30 April 2020 at the NEC, Birmingham. To find out more please visit www.faciltiiesevents.com.