When the country starts to reopen, how will washroom providers ensure that publicly-used toilets are efficiently-run, people-friendly and above all, safe to use, asks Stuart Hands. 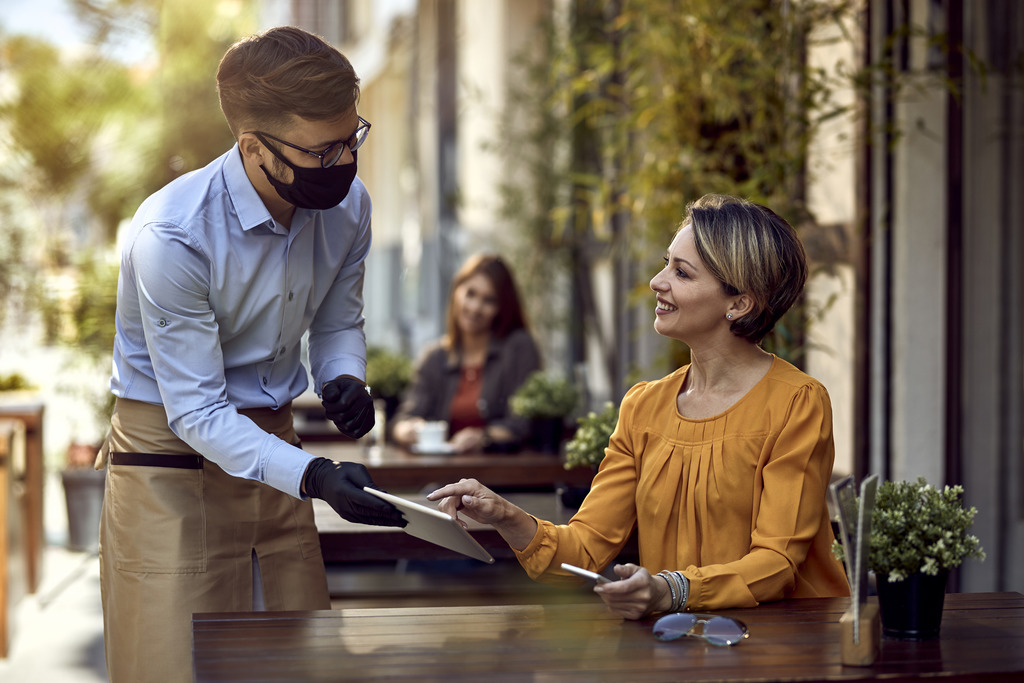 WE HAVE all been here before. When the first major UK lockdown ended last summer, numerous conversations were held about how public facilities would be able to safely reopen to staff members, students, shoppers, customers and diners.

Various strategies were suggested to facilitate the reopening process. These included limiting the number of people allowed inside each facility at any one time; introducing one-way systems and encouraging social distancing. People would be asked to avoid touching any surfaces where possible, and to wash or sanitise their hands immediately afterwards where this was unavoidable.

These measures worked reasonably well in large, airy facilities such as offices, retail centres and hotels. But the reopening of washrooms presented their own particular challenges.

Toilets, whether in a stand-alone block or part of a public facility such as an airport, restaurant or shopping mall, tend to be cramped, poorly-ventilated spaces. The potential for cross-contamination is high because users will find it difficult to avoid touching surfaces such as dispensers, sink units, taps, door handles and locks. And it is difficult to socially-distance and adhere to one-way systems in an environment where space is at a premium.

However, at the end of the last lockdown, ministers had a clear strategy for reopening washrooms. In a letter addressed to councils, local government minister Simon Clarke and environment minister Rebecca Pow came up with a number of recommendations.

These included using signs and posters to build awareness of the need for good handwashing practices, and the positioning of social distancing markers on the floor where queues tended to form. A “one in, one out” strategy was also mooted along with enhanced ventilation and increased cleaning frequency. And it was stressed that hand hygiene facilities should be made freely available in the form of running water, liquid soap and a suitable hand drying option.

Soon after the hospitality sector had reopened in July 2020 the government was urging us all to “Eat out to Help Out.” This scheme had two aims: it was designed to kick-start the economy while also helping to overcome people’s safety fears when returning to restaurants and pubs.

But while people were happy to return to their favourite eateries and reap the benefits of the discounts on offer, they were still reluctant to use the toilets in these venues.

According to a study carried out by United Minds on behalf of Essity in 2020, nearly eight out of 10 people said they felt more unsafe when visiting a facility with unhygienic washrooms after lockdowns than they had prior to COVID-19. And 87% felt it was more critical than ever to maintain high hygiene standards in the public washroom.

There was a certain logic to people’s concerns. Public toilets are generally perceived to be potential breeding grounds for bacteria and viruses since they are airless facilities where high numbers of visitors congregate.

When visiting a pub or a restaurant after last year’s lockdown, it was a reassuring sight to witness staff sanitising booths and tables between customers. But even the most assiduous washroom cleaning regime is unlikely to involve the cleaning of every cubicle, door handle and sink between visitors.

And some of the measures put forward by the government to increase visitor safety actually served to heighten people’s feelings of unease. Stark reminders on the walls urging people to hand-wash and adhere to one-way systems created a general sense of anxiety, as did the bright yellow one-way markers on the floors which were reminiscent of hazardous materials warnings.

Some washroom managers tried to aid social distancing by cordoning off every second wash basin and urinal. But the tape they used to do so looked very much like crime scene tape, which was hardly likely to reassure an already-nervous washroom visitor.

The “one in, one out” strategy suggested by ministers was trialled in a number of washrooms and signs were displayed to this effect. However, it was often difficult to tell whether or not anyone was already inside the premises without opening the door to check – and this, of course, defeated the purpose.

In some cases a green/red indicator – either an electronic version or a manual slider – was used to designate occupation status, with washroom visitors being asked to switch the display to red on entering and green when they exited. But washroom visitors commonly either forgot to do so or chose not to because they were reluctant to touch yet another potentially-contaminated surface.

All these government-mooted measures make perfect sense from a safety point of view. However, they are counter-productive if they simply heighten people’s anxieties to such a degree that they stay away altogether. So next time we reopen it will be important to convince people that public washrooms are a facility they can visit safely.

Clear indications that the facilities are well managed and safely run will have a much more positive effect than dire warnings about COVID-19. For example, one suggestion made by ministers in June 2020 was that up-to-date cleaning schedules be made visible to all. Details of cleaning frequencies will help to instil confidence in the visitor, and if contact numbers are included this will allow people to report any run-outs or other hygiene issues.

Another suggestion made by ministers was that hand sanitiser dispensers should be placed at washroom doors as an extra safeguard upon leaving the premises.

Hand hygiene is crucial after using the toilet. All the advice states that the hands need to be washed for at least 20 seconds to keep us safe from the coronavirus and while this practice cannot be sped up, easy-to-use systems that allow a swift washroom throughput will enable people to exit more quickly. And it is important to ensure that there is a continuous supply of soap and paper.

If the toilet paper, soap or hand towel supply has run out in a cubicle or sink area, washroom visitors will be forced to spend longer inside the premises to access the consumables they need. And if the dispensers run out too quickly, cleaners will need to make multiple visits to restock them which will compromise social-distancing.

High-capacity dispensers that naturally limit consumption and ensure a long-lasting supply will help to prevent frequent run-outs, while a software system such as Tork EasyCube will help to reduce the number of maintenance checks required. Tork EasyCube allows staff members to check on washroom dispenser refill requirements and cleaning needs via a smartphone or tablet, enabling them to keep on top of any issues without having to physically enter the premises.

Once the washroom visitor has washed and dried their hands thoroughly they are good to go. But they may then face the barrier of the door handle which needs to be turned before they can leave the premises.

For this reason, hand towels have become increasingly popular since the global pandemic began. According to the United Minds Essity survey, more than 60% of people now routinely use paper towels as a barrier to prevent them from having to touch washroom surfaces such as door handles and light switches. In fact, 29% of people questioned said they now had an increased preference for paper hand towels while nearly 40% said they were less likely to visit washrooms where paper towels were not offered as a hand drying alternative.

To facilitate this new practice of using hand towels as a shield when exiting the premises, it is a good idea to place a mini hand towel dispenser by the outer door of the washroom and a bin to contain the used towels.

Limiting the number of people in a public facility at any one time will remain a problem when washrooms reopen. This could be addressed by leaving outer washroom doors open so that people can see from outside whether it is safe to enter. Aircraft-style signs that use a lit display to indicate when the washroom Is occupied is another good idea. And since many restaurants and bars now offer the facility to order food or drinks via an app, it seems a logical step to add a “virtual toilet queue” function to avoid the need for physical queues.

Our understanding of the novel coronavirus is growing rapidly. It is generally believed that it spreads most effectively in poorly-ventilated indoor environments where people wearing no face-coverings have verbal interactions with one another. And the risk of contracting the virus grows according to the length of time these interactions take place.

Since most of us only tend to remain in the washroom for a matter of minutes and are unlikely to make conversation with fellow visitors, it could be the case that public toilets represent less of a threat than we thought.

But washroom providers can reduce the level of risk even further by improving ventilation, reducing queues, encouraging social distancing and by installing high-capacity, easy-to-use dispensers that facilitate hand hygiene.

Stuart Hands is sales manager and sector lead at Essity.