"Steam cleaning with the Matrix 4x4SD20K is simply the best choice," according to Matrix Cleaning Systems. 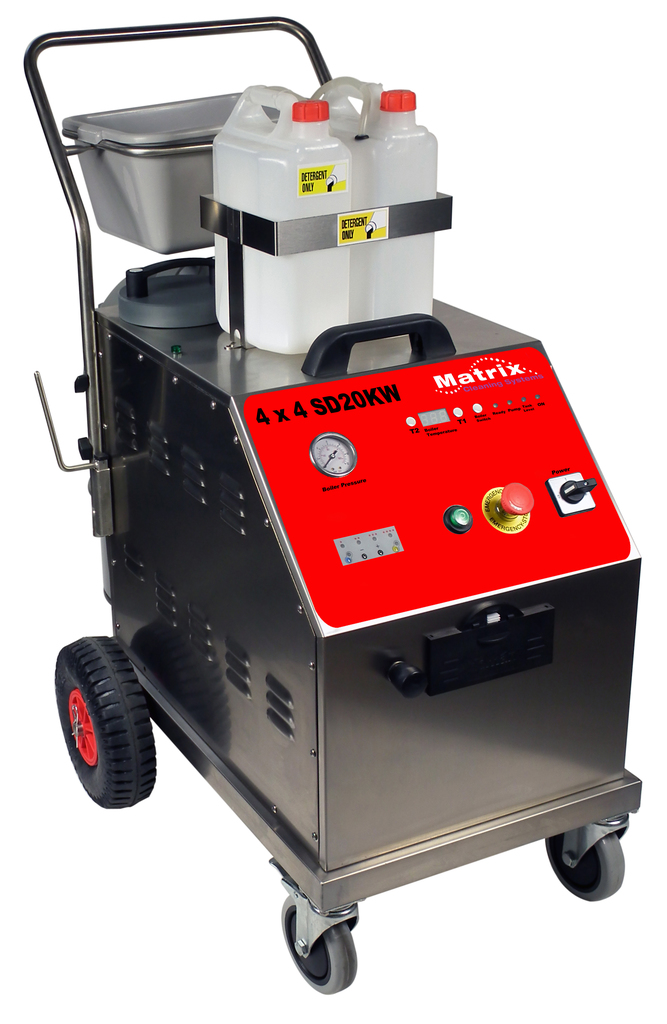 The company adds: "The 4x4SD10KW or even a 4x4SD20KW are the ultimate steam-cleaning machines available.

"The 4x4SD20KW delivers more steam than ever before, a massive 26.4litres per hour – that's nearly twice as much – with the punch to make it the most effective steam cleaner for any industrial application that money can buy."

If you can deliver more steam, you clean faster. Dry steam at 180ºC in this massive volume is deployed at the optimum 10 bar pressure – making fast work of even the most stubborn, dirt ingrained, swarf-laden grease and grime imaginable. It dissolves grease, kills bacteria in an instant and sanitises every surface it touches, penetrating cracks and crevices and other hard to reach areas where manual cleaning with potentially hazardous chemicals cannot hope to go.

"This machine is the ultimate," Matrix's Mike Osiadacz said. As the supplier of the vast range of steam-cleaning machines, we continually push the barriers of machine development. With our Industrial range, we believe we have gone where nobody else has before in terms of the power to size ratio."

Operating from a three-phase electricity supply that meets the requirements of the majority of industrial factories and outlets, either machine can be used for long periods of time (it has up to ten hours autonomy), and may be connected to a mains water supply to allow continuous fill. Areas of production machinery that normally aren't cleaned at all, and gather dirt, grime and swarf, can be successfully steam cleaned effortlessly.

Within the food processing and printing industries, as well as in the heavy engineering environment, the 4x4SD20KW has all the power you need. Similar to the 10KW model, it is as well suited to static operation in conjunction with a belt cleaner to ensure the highest levels of cleanliness in production lines.