It is with great sadness that the directors of Robert Scott & Sons Limited announce the death of financial director Angus Scott. 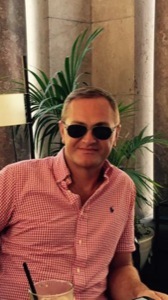 After leaving school, Angus attended Herriot Watt University, Edinburgh where he studied Brewing. After two years, he decided the course was not for him and began looking for new opportunities. Initially he became a qualified electrician, and started work with the maintenance team at Robert Scott’s Greenfield headquarters.

In the early 90’s the company started work on installing a computer system, and Angus worked closely with his IT colleagues to install, and subsequently maintain and update the system. His remit then expanded to the Finance Department where he was instrumental in negotiating and managing the financial operation of the company including subsequent company acquisitions and developments, as well as heading up the day to day finance operations.

Angus was a crucial part of the company’s growth and success over the last 30 years. He was an approachable, courteous man who was deeply appreciative of the hard work and loyalty of the entire company staff, by whom he will be sadly missed.