80% of Brits at risk of dangerous bacteria in the home

A survey has found that 80% of people are potentially causing great risk to themselves due to politeness, by allowing guests to wear shoes inside their homes. 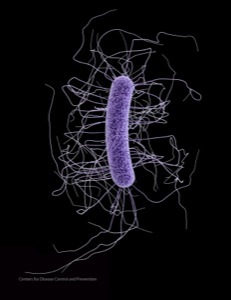 The UK survey of 1500 people was conducted by door mat providers Turtle Mat to investigate the attitudes and habits towards cleanliness inside the home.

The results showed that residents in Plymouth, Glasgow and Belfast were least likely to ask guests to take their shoes off in their homes, implying that – while polite – they may be the least house-proud areas of the UK.

Chris Griffiths from US-based business, HealthySole, spoke of the dangers that can be caused by keeping shoes on inside the home: "Virtually all types of bacteria, viruses, and fungi can be found on the soles of shoes, and these organisms survive well on shoe soles because we continuously step in damp and dirty environments."

He added: "Studies show that 9 out of 10 pairs of shoes carry Coliform, an organism that originates from faecal matter. It has also been proven that C-Difficile (deadly diarrhoea) which infects half a million people a year, is found on 39% of shoe soles."

Experts have found that organisms found on shoes have a 99% transfer rate to floors, which are then distributed through the home. The pathogens can spread and land on surfaces including worktops, food and toothbrushes.

Rebecca Wilson from Turtle Mat said: "With the advent of the festive period shortly approaching, these findings are highly relevant. Allowing your guests to keep shoes on inside the home can allow bacteria and virus to easily spread. Regular cleaning of your doormats, vacuuming carpets and washing shoes with detergent are the best ways to fight bacteria in your home."