So-called 'activated water' is no more effective than tap water. Tennant’s advertising claims regarding the cleaning power of an all-purpose cleaner that is water 'activated' using its ec-H2O technology, are anti-competitive. 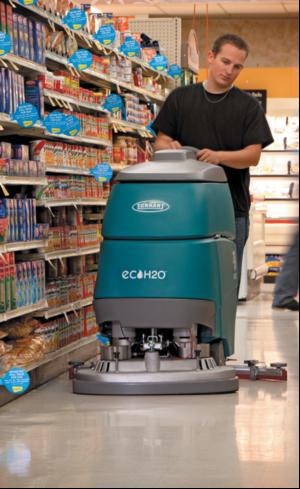 This decision by the Stuttgart Regional Court is now legally binding and Tennant has withdrawn its appeal. This comes two years after legal action was launched by cleaning machine manufacturer Kärcher.

"We were always confident that the facts and evidence would prevail in the end," says Simon Keeping, managing director of Kärcher UK Ltd. "With the withdrawal of the appeal the court’s decision is now legally effective: ec-H2O cleans no better than tap water. We believe that the court decision is a success that benefits all customers."

Tennant is now required to bear the costs of the proceedings. Heidi Wilson, Tennant Company general counsel and secretary, said: "Tennant Company has not altered its position that the decision of the German court is, respectfully, based on incomplete and inaccurate information.”

Wilson continued: "The withdrawal is for purely commercial reasons as the case was primarily about advertising claims that are no longer being used by Tennant.

"Tennant maintains that the two laboratory bench tests performed by the court-appointed advisor were seriously flawed. The first test had no applicability to Tennant’s ec-H2O chemical-free technology as the test is typically used to measure properties in traditional chemical cleaners. The second bench test, which involved a soil of concentrated fats, has little correlation to cleaning with any scrubber-dryer, regardless of the cleaning solution being used,” Wilson explained. "There is no standard for performance testing in our industry. Real-world operation remains the test that truly matters and our customers are the true judges of performance.”

Chris Killingstad, President and CEO of Tennant Company, added: "Tennant customers who have chosen to effectively clean their facilities with reduced chemical usage are satisfied with the performance of ec-H2O. And for those who wish to see results for themselves, we invite them to a free demonstration of ec-H2O performance on their facility’s specific soils."

Tennant Company introduced its proprietary ec-H2O technology in 2008, which is based on the process of electrolysis. As of the end of 2012, Tennant says it had more than 4,000 ec-H2O customers across the globe, 40,000 ec-H2O scrubbers in the marketplace and $444 million (USD) cumulative ec-H2O sales.