Hand dryers sucking up and spreading bacteria according to new study

A new study published in Applied and Environmental Microbiology investigating hand dryers potential to spread bacteria has suggested that it could be more extensive than first thought. 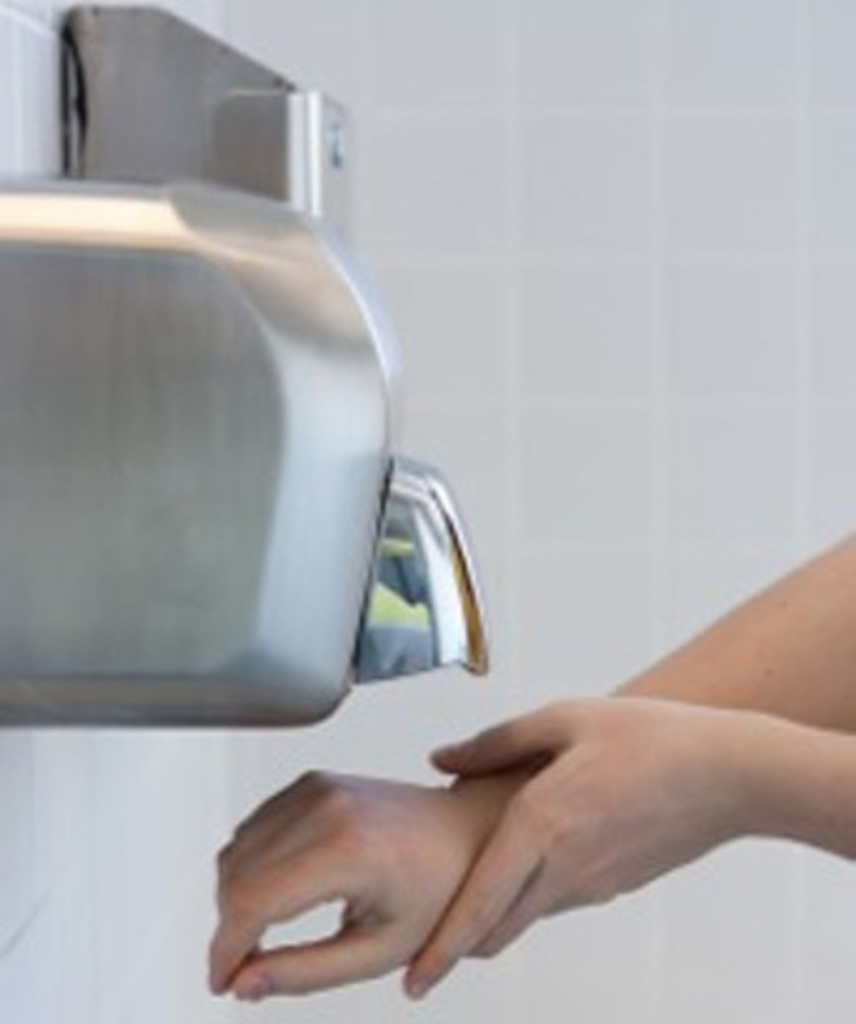 Studies had already shown that hand dryers can suck in bacteria and spread it around the washroom but the latest research suggests that less powerful hand dryers may actually bathe the users hands in germs.

Researchers from the University of Connecticut surveyed 36 bathrooms gathering samples using plates when hot-air dryers were turned on and off.

In addition the researchers discovered that the dryers were spreading a bacterium called Bacillus subtilis (B. subtilis), strain PS533, which was being used in a nearby lab.

Researchers concluded that the study's findings have implications for the control of opportunistic bacterial pathogens and spores in public environments including health care settings, highlighting that within a large building, potentially pathogenic bacteria, including bacterial spores, may travel between rooms, and subsequent bacterial/spore deposition by hand dryers is a possible mechanism for spread of infectious bacteria, including spores of potential pathogens if present.