Two women have won prizes from Havering Council for cleaning up dog mess and putting rubbish in the bin. 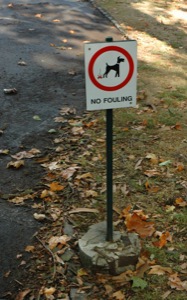 The council is rewarding people for "making an effort” to keep the borough tidy as part of the Cleaner Havering campaign.

Winner Margaret Tough said she was surprised to win a £50 Asda voucher for cleaning up after her dog.

She added: "As I was walking my dog someone was driving alongside me very slowly and I thought they were going to ask for directions but then she said I’d won.

"I think picking up after your dog is one of the main responsibilities of being a dog owner.”

Lynne Taylor was given an Asda hamper for second prize after she was spotted putting rubbish in the bin in South Street, Romford.

She said: "It was very random to be stopped after I’d put some rubbish in the bin but I think it’s really good to be rewarded for something I’d do anyway.”

In a council survey, residents said dog fouling, vandalism and littering needed to be stopped.

Cllr Barry Tebbutt said: "There are so many people in the borough who do the right thing by binning their rubbish or cleaning up after their dog, and this is just a small token to the few that we do see to say thanks.”